"No progress can be made in negotiations without accepting that there are two peoples and two states with equal status,” said Turkey's President Erdogan 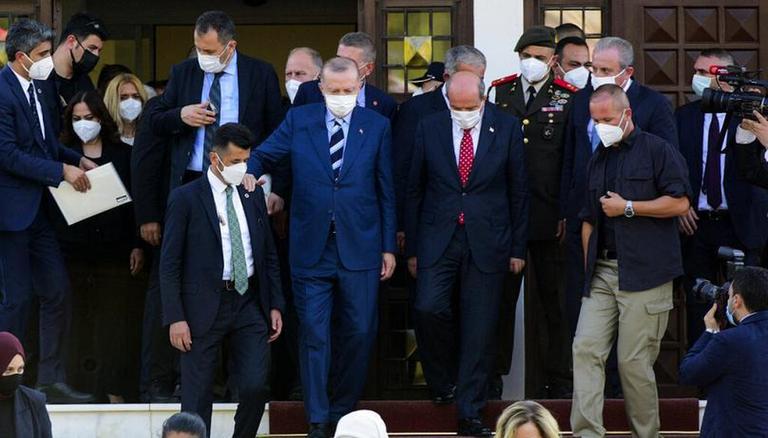 
Lacing into Turkey’s ‘unilateral, uncoordinated’ declaration of the two-state solution in Cyprus made by Ankara’s visiting President Recep Tayyip Erdoganun in his compromising speech, France on Wednesday expressed its support for Cypriot counterpart Nikos Christodoulides. Minister for Europe and France’s Foreign Affairs, Jean-Yves Le Drian said in a release on July 21, that Turkish leader’s statement is “a provocation” which undermines the restoration of trust necessary for negotiations and lasting settlement of the Cyprus issue.

"France deeply regrets this unilateral move which was not coordinated and constitutes a provocation," French foreign ministry said in a statement, Wednesday. In a speech made on the 47th anniversary of 1974 Turkish invasion that led to military junta-engineered Greek-inspired coup splitting the Mediterranean island, Ankara’s President Recep Tayyip Erdogan dismissed the idea of reunification of Cyprus. Instead, he endorsed a two-state solution, a move that heightened tensions in the eastern Mediterranean as UN’s efforts of reunification are ongoing.

The mediterranean island has remained divided into the Greek and Turkish Cypriots. Speaking in favour of Turkish Cypriots, Erdogan slammed Greeks for encroaching Turkish Cypriots' sovereign equality as he called for a “ new approach,” adding "we don't have another 50 years to waste”. Recognition of the Turkish Cypriot state, said Erdogan, was the key to end the territorial dispute.

"No progress can be made in negotiations without accepting that there are two peoples and two states with equal status,” said Erdogan as he backed his ally Turkish Cypriot leader Ersin Tatar who had earlier declared that 3.5 percent of Varosha, southern quarter of the Cypriot city would "be removed from its military status”.

Erdogan’s remarks sparked fury as EU's top diplomat Josep Borrell, said in a statement that any “such move was an unacceptable unilateral decision”. Turkey accused Borrell of "acting as a spokesperson or advocate for the Greek Cypriot administration".

Ankara’s stance on Cyprus challenges the world, including US, and EU, all of whom recognise the Greek Cypriot administration. Turkish President attacked the United States and the EU, accusing them of conspiracies against the Turkish Cypriots. Both EU and Washington have expressed commitment to UN efforts for a reunified island. Tensions have remained heightened lately as Athens and Turkish naval forces have faced off over hydrocarbon deposits and other energy resources in the contested Mediterranean waters and scattered islands that Greece owns, which Turkey has asserted should be its “commensurate rights to explore.”

Turkey argues that it "owns" the vast coastline in the Mediterranean including the continental shelf just few miles off the Turkish coast, and hence, it enjoys “right to exploit” any gas and oil. Turkey last year struck an accord with Libya to explore energy resources in self-proclaimed parts of the Mediterranean, which Greece calls as soverign. Greece, meanwhile, retaliated with a rival accord with Egypt asserting its rights over disputed maritime demarcations. 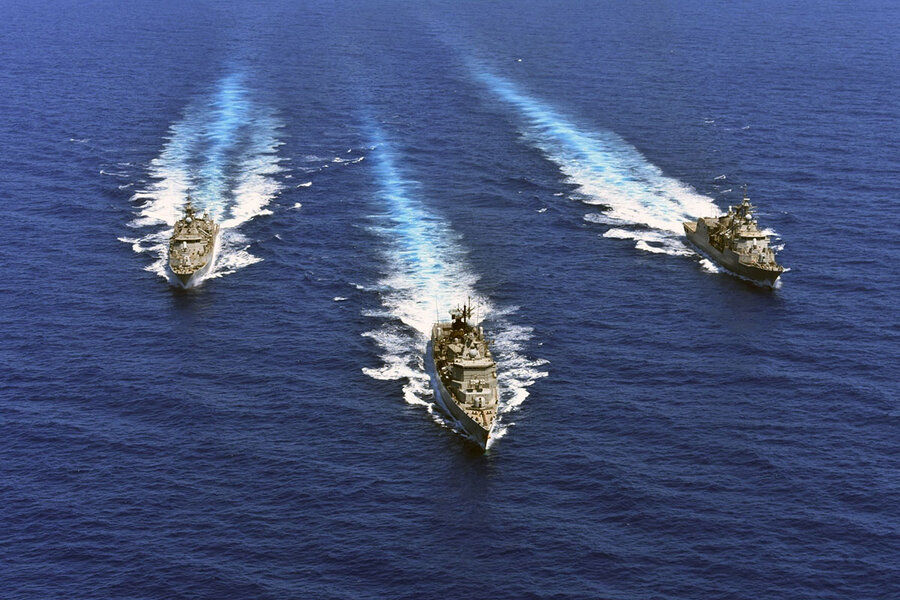 As Erdogan travelled to the beachfront area of Varosha along a UN buffer zone on Sunday to address the Turkish speaking Cypriots in the breakaway north, he reiterated that  Cyprus is about two “separate peoples, two separate democratic orders, and two separate states," and hence, “two-state solution must be discussed.” Ankara’s leader expressed solidarity with what it recognises the Turkish Republic of Northern Cyprus (TRNC). Meanwhile, the Nicosia-based government of the Republic of Cyprus condemned Erdogan’s remarks as "unprecedented provocation.”

"Ankara has absolutely no respect for international law, European principles and values, and its obligations towards the EU," the Cypriot presidency stated in its response to Erdogan’s visit.

It is to note that Turks in northern Cyprus have installed Erdogan-backed Turkish nationalist, Erson Tatar, as the president and the reunification of Cyprus talks negotiated by UN failed in 2017.