France Should Avoid Being Dragged Into US-China Rivalry: Chief Of Defense Staff

France should avoid being drawn into the growing China-US rivalry, which will become a central geopolitical confrontation of the future: Chief of Defense staff 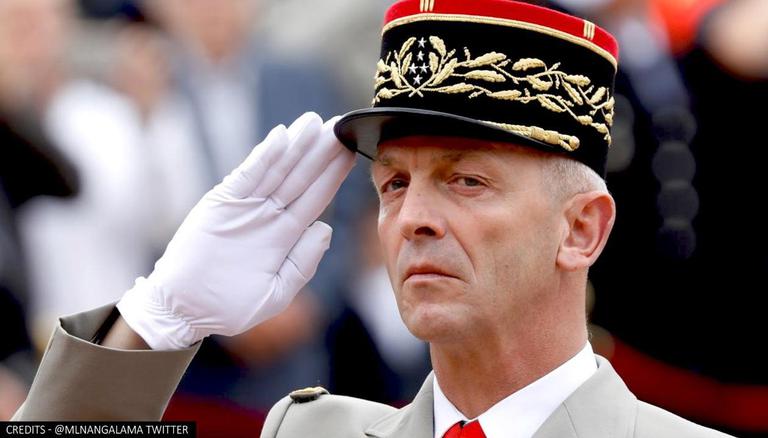 
The French Chief of Defence Staff, General Francois Lecointre, recently said that France should avoid being drawn into the growing rivalry between China and the US, which will become a central geopolitical confrontation of the future. While speaking to a daily newspaper, Lecointre said that the future international arena will revolve around the standoff between Beijing and Washington, in which all third states will have to pick a side, something neither France nor Europe is interested in. He said that France’s relationship with the US is of “vital importance” but he also added that France must not allow itself to be drawn into the rivalry between China and Beijing.

Lecointre said, “While it is not about questioning our relationship with the United States, which is of vital importance, we must not allow ourselves to be drawn into... the confrontation that threatens to unfold between China and the United States”.

He added, “This confrontation is dangerous”.

Further, the General mentioned concerns of the Eastern European nations over Russia’s rearmament, as Moscow, in his opinion, along with Beijing, is becoming an increasingly dangerous rival in space and underwater. He said that Moscow was also trying to weaken the democratic model by acting in the field of digital technologies. Lecointre went on to note that the presence of Russia, Turkey or China in Africa was also disturbing and destabilising.

Meanwhile, China and Russia have repeatedly stated that the era of the US hegemony was over and the world needed to move toward a multilateral model. Back in March, the two countries also showed the strength of their strategic alliance by coordinating positions against the US hegemony. According to Global Times, Chinese State Councilor and Foreign Minister Wang Yi met Russian Foreign Minister Sergei Lavrov earlier this year and urged the US to rethink the damage it has caused to international peace.

China and Russia said that the US should stop its bullying activities, stop interfering in other countries’ internal affairs, and stop forming cliques to confront other countries. They added that all countries should follow the principle of the UN Charter to boost the democratization of international relations. Chinese Foreign Ministry spokesperson Hua Chunying also said that China and Russia, standing shoulder to shoulder with close cooperation and firm opposition to hegemony and bullying, have been a pillar of world peace and stability.