German Chancellor Angela Merkel said that people are living in tough times in Afghanistan and now the government must concentrate on the rescue mission. 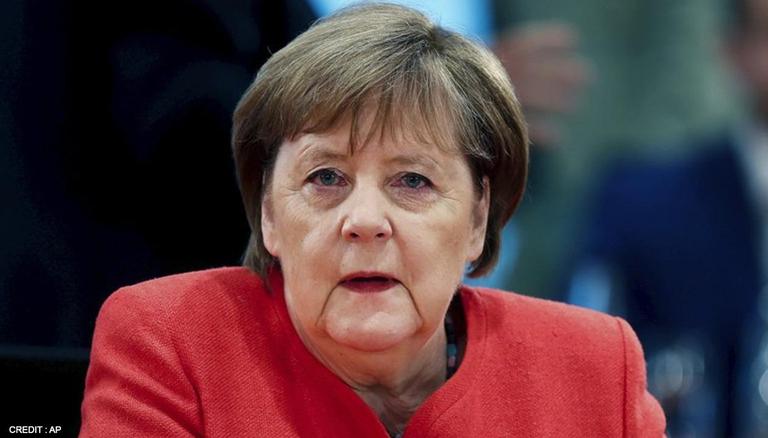 
German Chancellor Angela Merkel has warned party colleagues against the fallout from the Afghanistan conflict that would last for a "very long time" and said that they must urgently evacuate up to 10,000 people from the war-torn country for whom it has responsibility.

This comes as Merkel held a private session with her Christian Democratic Union (CDU) party on Monday while discussing the rise of violence in Afghanistan following the Taliban's seizure of the capital. Merkel further stated that people are living in tough times and now the government must concentrate on the rescue mission of people from Afghanistan.

Detailed information about the rescue mission

Merkel said that 2,500 Afghan support staff along with the human rights activists, attorneys, and others, making the total number up to 10,000 people, would need to be evacuated. She added that the government believes they all would be at risk if they stayed in Afghanistan. She additionally suggested that Berlin might engage with nations adjoining Afghanistan to assist individuals leaving the country immediately.

Meanwhile, CDU general secretary Paul Ziemiak stated that Germany could not resolve the problem in Afghanistan by repeating its open-door migrant policy of 2015.

History of migrants entry to Germany

Previously, between January 2015 to October 2015, over one million refugees, most of whom were Syrians, crossed Germany's boundaries, escaping from poverty and war. During that time, Merkel granted entry to thousands of Syrian refugees to Germany. Merkel was appreciated for her decision but sparked controversy within the country which further weakened her party's position.

READ | Germany to work with minimum staff in Afghanistan, beefs up security at Kabul embassy

Remembering the incident, Ziemiak stated that 2015 must not be repeated, further saying that the nation will not be capable of solving the Afghan problem by relocating to Germany.

Merkel, who has been in office since 2005, intends to step aside following Germany's federal election on September 26. Afghanistan is NATO's worst disaster since its formation, according to Armin Laschet, the CDU's chancellor contender in the election.

READ | Study: Germany to see biggest surge in emissions since 1990

Germany has dispatched special forces and paratroopers to assist with the evacuation, according to Defence Minister Annegret Kramp-Karrenbauer, who added that it was a very risky mission for German forces.

At a routine government press briefing on Monday, a representative for the German foreign ministry claimed that no rescue aircraft are departing Kabul airport at the present due to desperate individuals seeking to leave the country are obstructing the runway.

WE RECOMMEND
Germany plans to deploy troops to aid evacuation of its nationals and Afghans from Kabul
Bayern Munich and former West Germany great Gerd Müller dies
Study: Germany to see biggest surge in emissions since 1990
Germany to work with minimum staff in Afghanistan, beefs up security at Kabul embassy
Merkel successor Armin who laughed at Germany floods, now admits to 'book plagiarism'