An Indian-origin woman in Germany was allegedly racially insulted and kicked out of a store when she sought compensation for spoilt milk. 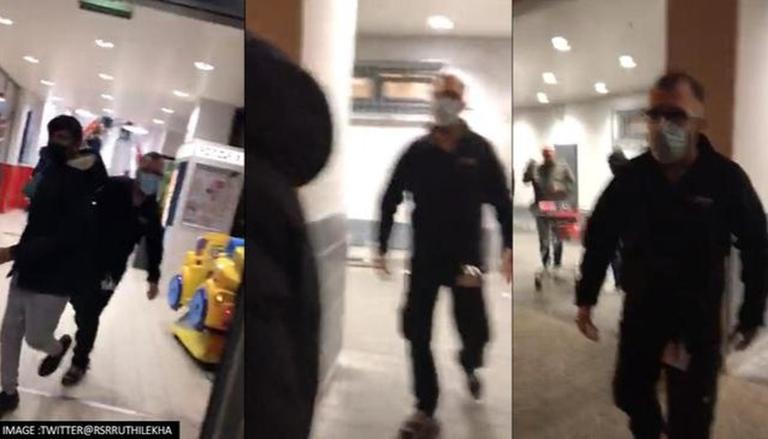 
An Indian-origin woman in Germany was allegedly racially insulted and kicked out of a store when she sought compensation for spoilt milk. Srruthi Lekha, a human rights activist living in Magdeburg, stated that she along with her friend were racially abused by the store management when they had gone to ask for compensation. She also shared about the incident on Twitter along with a video where her friend is seen being roughed up by the store staff.

"I had bought milk from Kaufland which got badly spoiled and we got sick so badly. My friend @harsha (also Indian) and I went to Kaufland to enquire about this and ask for an answer and proper compensation. They discussed and offered a compensation of 30 euros. Before we could accept it, the Kaufland employee simply said, go get a lawyer and denied the offer [sic]," read the screenshot which was shared by Lekha. She further stated that they were neither given the compensation nor the milk bottle. "We asked for the spoiled milk bottle back so we could go to court with it. But they denied giving it said 'you are in our country and here you can't ask for compensation,'" she stated adding that they were also abused and asked to get out of the store.

This is how violent the store management responds to us asking for our property back. pic.twitter.com/tkkmzpBx2U

Racism and violent behaviour in #kaufland , #Germany while obstructing justice by retaining our proof against #Kaufland.

Police also did not help us: Lekha

According to Lekha, she also approached the local police but to no avail.

"Casual #racism should not be tolerated, especially when they are obstructing justice. They took our evidence by force and denied giving it back, instead gave 72 cents back, which the police made us take instead of a letter we asked, where we asked the Kaufland management stating that they took the spoiled milk back from us [sic]," Lekha claimed.

It should be mentioned here that the video of the incident was later circulated on social media after which the store management has reportedly apologised for their conduct.

WE RECOMMEND
Germany mulls new COVID restrictions as omicron advances
US, Germany warn Russia over aggression against Ukraine; assert 'we will respond swiftly'
US, Germany to stand against China's intimidation to Lithuania, affirms Antony Blinken
China urges Germany not to support 'Taiwan independence' secessionist forces
'This what we remember when we finish playing' - Murray on GB win over Germany