The experts confirmed that only 130 of the buried bone fragments belonged to humans while 45 fragments were of animals, possibly of goats and dogs. 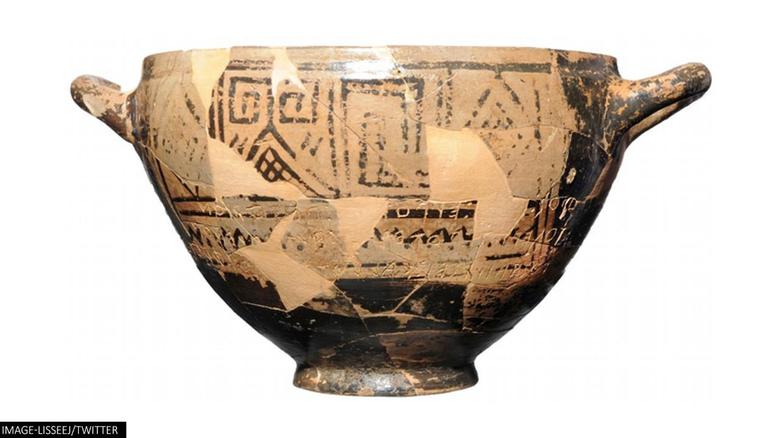 
Researchers from Italy's University of Padua have uncovered a new mystery regarding the tomb of Nestor's cup as they found that it has evidence of not one but three cremated individuals. This new discovery has surfaced after a recent analysis of the bone fragments that were buried in the tomb inside a cup. According to a report by Daily Mail, the greek tomb was discovered on Ischia island in the Gulf of Naples in 1954 and its contents date back to the eighth century.

What is the new discovery?

A recent analysis of the bone fragments in the tomb has revealed that it included cremains of not one but three different creatures. Led by the University of Padua's Melania Gigante, the team of researchers closely studied the shape and tissues of the 195 bone fragments buried in the tomb, as per a Phys.org report. Out of the total number of fossils, the experts confirmed that only 130 of them belonged to humans while the rest i.e, 45 fragments were of animals which might include goats and dogs.

These findings were deemed accurate as the identification of bone tissues at different life stages presented the evidence of different creatures other than humans. Although the identity and age of the buried human remain undetermined, experts speculate that the animals must have been included as a companion of the dead or as food.

Published in the open-access journal PLOS ONE, experts of the study call it the most important archaeological findings of Pre-Classical Mediterranean Archeology, reported multiple media sources. Besides, the researchers opined that their discovery throws new light on funeral practices, culture and society of the ancient West Mediterranean's Greek immigrants. They further added that this new methodological step, which is a result of their research, can help in the reconstruction of the lives of people who lived in ancient times despite the fossils being under poor preservation or a complex state.

More on the Nestor's cup

The cup is basically a wine goblet that was owned by a mythical hero Nestor and was named after him, Daily Mail reports. Besides, it is considered to be the earliest surviving example of Greek writing and has been a center of attraction ever since its discovery 67 years ago.