The legislation was introduced to address “societal body pressure” and was passed by 72–15 vote last month by the Norwegian Parliament. 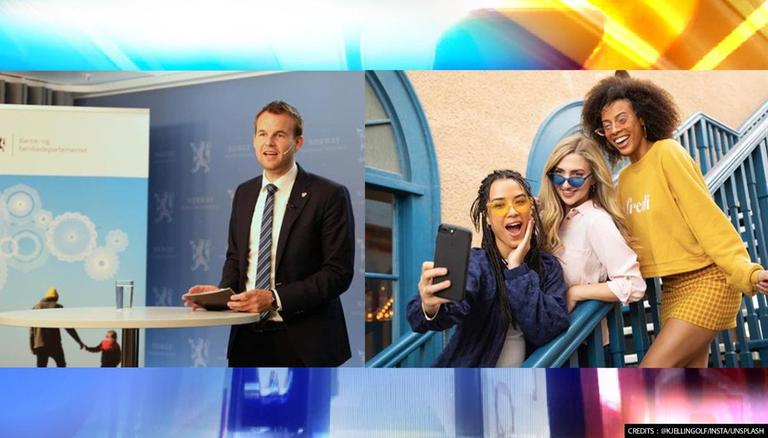 
In a bid to suppress the unrealistic beauty standards, and fake unattainable body measurements, Norway has passed the legislation that seeks to label all the photographs uploaded on social media that have been retouched, heavily edited, or have filters. Norway has made it illegal for influencers to post a photo without first acknowledging that the image has been edited, failing which, can lead to imprisonment. The legislation was introduced to address “societal body pressure” across the workplace, public spaces, at homes, and in various media,” the Ministry of Children and Family Affairs said in a statement. “Body pressure is always there, often imperceptibly, and is difficult to combat.”

Passed by the 72–15 vote last month by the Norwegian Parliament, the new regulation is an amendment to the 2009 Marketing Act. It was introduced by Norway’s Ministry of Children and Family Affairs calling for “stricter measures” to control the surreal body ideas propelled by the manipulated Instagram and other social media images, that negatively impact mental health by creating social comparison tendencies, mostly among young women. The new regulation seeks to push back against 'body dysmorphia', or the obsessive thinking about one’s perceived defects or flaws in appearance, and curb the idealized looks and physiques, which otherwise are not real.

“A requirement for retouched or otherwise manipulated advertising to be marked is one measure against body pressure (that) will hopefully make a useful and significant contribution to curbing the negative impact that such advertising has, especially on children and young people,” Ministry of Children and Family Affairs stated.

Further in the proposal, the ministry said, “Young people are exposed to a massive pressure to look good through, among other things, advertising and social media, and the models that are shown are often digitally retouched. This exposes young people to an ideal of beauty that is impossible to achieve.”

Failing to declare the edited and retouched photos is punishable by law, and can lead to fines or imprisonment. The law applies across all social media platforms, including Instagram, Facebook, TikTok, Snapchat, and Twitter, and pertains to posts for advertising, marketing, and other promotional purposes. Norway’s law requires any post that may contain a body with modified size, shape, or skin, enlarged lips, pronounced muscles to carry a declaration of alteration. This includes both— narrow waistlines, perfect body figures, or unusually perfect complexions achieved using either physical photographic equipment or methods prior to taking the photograph, or the digital editing tools, retouching reshaping, and filters used after the photograph was taken. All such images need to carry a label designed and provided by Norway’s government.

The rule has sparked widespread debate with some backing the legislation as positive towards maintaining realistic standards and combating the “social insecurity” and low self-esteem. Others, meanwhile argued that it would be tough enforcing the law as in case of violation it may be difficult to determine which of the photos have been altered. While Norway’s ministry called it “not a simple job” the move was hailed as progressive by the vast majority, including some of the influencers.