Norway’s Foreign Minister Ine Eriksen Soreide on August 27 announced that the last plane of evacuees from Afghanistan has landed in Oslo. 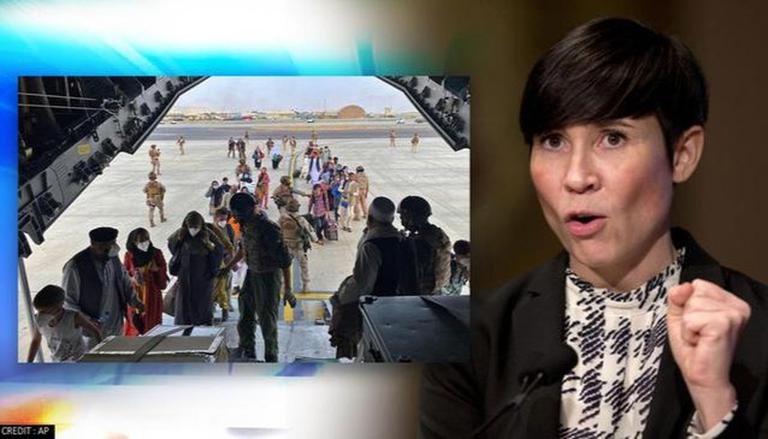 
Norway’s Foreign Minister Ine Eriksen Soreide on August 27 announced that the last plane of evacuees from Afghanistan has landed in Oslo. While speaking to Norwegian news agency NTB, Soreide informed that the plane carried 128 people, including Norwegian citizens and “others who qualify for entry and Afghans in need of protection”. She further said that Norway has in total evacuated 1,098 people from the war-torn country.

Soreide said that she regrets that “it was not possible to help everyone this time around”.

She added, “This will be the very last plane with people who have received help to travel from Kabul this time”.

It is worth mentioning that on August 24 the Norwegian foreign minister had said that the evacuation deadline in the war-torn nation should be extended beyond August 31. However, as two suicide bombers and gunmen on Thursday opened fire on throngs of Afghans at Kabul's airport followed by a second explosion at the Hamid Karzai International Airport near the Baron Hotel, Soreide said that the “operation ends after yesterday’s horrific terrorist attack that claimed many lives”. She even added that Norway has all the time been clear that the time window could be short, both due to the security situation and because a deadline has been set for completion.

Meanwhile, some other countries, including Canada and Italy, have also ended their evacuations and begun to withdraw their soldiers and diplomats. Italian state radio announced that Italy’s last airbridge flight with 109 Afghan citizens evacuated from Kabul has landed in Rome. By Friday, Italy had evacuated more than 4,900 Afghans in total.

A Canadian general announced on Thursday that evacuations from Kabul's airport have come to an end. All other countries must leave the airport before the Americans can complete their mission, General Wayne Eyre, the country's acting chief of defence staff, said. Almost 3,700 people have been evacuated on Canadian military planes.

Several countries, on the other hand, have not yet said as to when they plan to stop their operations. But after the Taliban insisted the US stick to the Doha agreement, US President Joe Biden said he will follow the 31 August deadline for completing the US pullout. Over the last week, the airport has been the scene of some of the most searing images of the chaotic end of US’ longest war and the Taliban's takeover, as flight after flight landed to pull out those who fear a return to the militants' rule.