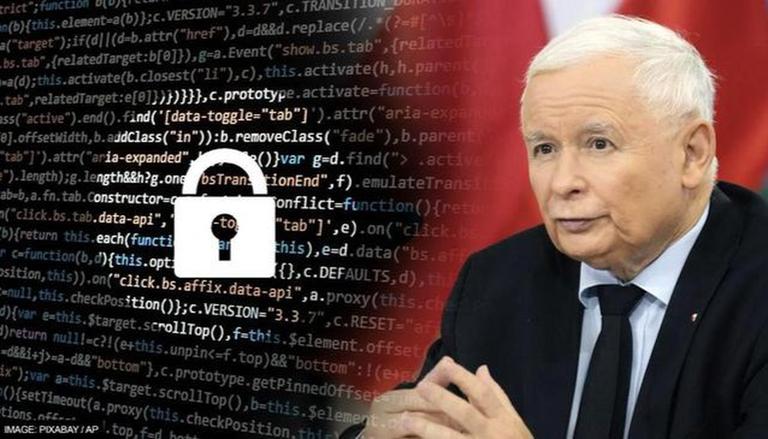 
Poland's most powerful politician has admitted that the country purchased advanced spy software from the Israeli firm NSO Group. He, however, denied that it was being used to smear his political rivals. In an interview, Jaroslaw Kaczynski, the leader of Poland’s ruling conservative party, Law and Justice, claimed that the software Pegasus is being used by secret services in several countries to counter crime and corruption. Kaczynski stated that Pegasus is a technological leap forward from previous surveillance systems, which didn't allow services to monitor encrypted messages.

"It would be horrible if the Polish security services lacked such a tool," Kaczynski said in an interview that will be published in the Monday edition of the weekly "Sieci." The excerpts of the interview were published by the wPolityce.pl news portal on Friday, as per the Associated Press (AP). The interview comes after Citizen Lab, a cyber monitoring group based at the University of Toronto, revealed that at least three Polish government critics were hacked through the Pegasus spyware.

Amnesty International confirmed Citizen Lab's findings that Sen. Krzysztof Brejza was hacked many times in 2019 while directing the Opposition's parliamentary election campaign. Brejza's text conversations were doctored and broadcast on state-run television as part of a smear campaign during the election, which the populist ruling party marginally won. Brejza now claims that the election was rigged because the ruling party had the access to his campaign's tactical thinking and strategies. The allegations have rattled Poland and prompted calls for a parliamentary investigation.

There is no pegasus case, oppn lost because they lost: Kaczynski

Meanwhile, Kaczynski said he finds no reason for such a committee to be formed, and also denied outrightly that the surveillance played any impact in the 2019 election results.

"Except the hysteria of the opposition, there is nothing there, absolutely no fact. There is no Pegasus case, no surveillance, no services, no secretly obtained information played any role in the 2019 election campaign. They lost because they lost. They shouldn’t look for such excuses today," he remarked as per the AP.

Poland Prime Minister Mateusz Morawiecki dubbed the Citizen Lab's findings as "false" and speculated that the snooping could have been carried out by a foreign intelligence service. However, the PM's hypothesis has been dismissed by critics stating that no other country be interested in the three Polish targets.