Pope Francis asserted on June 14 that World War III had already begun, referring to battles taking place around the world. 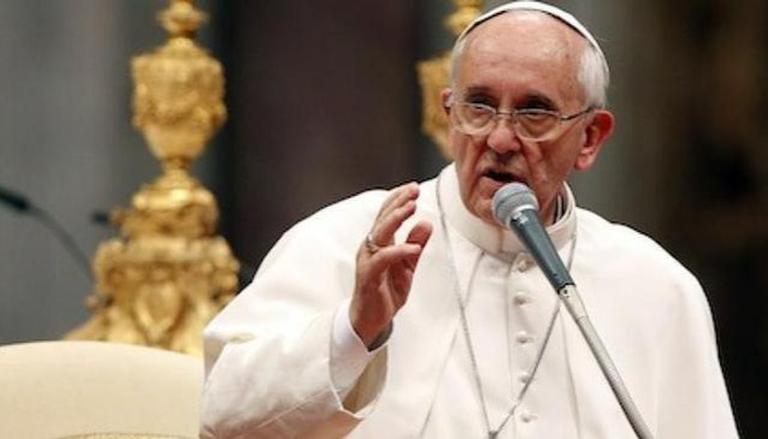 
Pope Francis on June 14 asserted that World War III had already commenced, referring to the conflicts that have been taking place across the world in recent months. The pontiff went on to say that "we see" what is occurring in Ukraine in a different light because it is closer to us and pricks our senses more, however, "no one cares" about the fights taking place in parts of Africa, northern Nigeria, northern Congo, and Myanmar.

According to Vatican News, the pontiff said, "We see what is happening now in Ukraine in a certain way because it is closer to us and pricks our sensibilities more. But there are other countries far away—think of some parts of Africa, northern Nigeria, northern Congo—where war is ongoing and nobody cares. Think of Myanmar and the Rohingya. The world is at war. Today, for me, World War III has been declared."

Furthermore, Pope Francis has launched a new round of criticisms of Russia's hostile activities in Ukraine, describing Russian troops as brutal, harsh, and ferocious, while lauding brave Ukrainians for fighting for their lives and the sovereignty of their homeland. He also stated that the situation was not black and white and that the war was "perhaps in some way provoked." While denouncing the brutality, and the savagery of Russian forces, he added, "We must not forget the real problems if we want them to be solved," citing the armaments industry as one of the elements that encourage conflict.

The pontiff also mentioned Russia's "monstrous" deployment of Chechen and Syrian mercenaries in Ukraine in his remarks. He said he intended to meet Russian Orthodox Patriarch Kirill in September at an interfaith gathering in Kazakhstan. The two were supposed to meet in Jerusalem in June, but the trip was postponed owing to the Russia-Ukraine war.

Pope Francis claimed he talked with a head of state several months before President Vladimir Putin launched troops into Ukraine, who expressed worry that NATO was "barking at the gates of Russia" in a manner that could lead to war. Russia refers to its actions in Ukraine as a "special operation" aimed at disarming Ukraine and protecting it from Nazis, a description that the pontiff has previously criticised.