Russia’s FM said that Moscow has received a NATO proposal to commence talks on the country’s security concerns on January 12 and it is considering it. 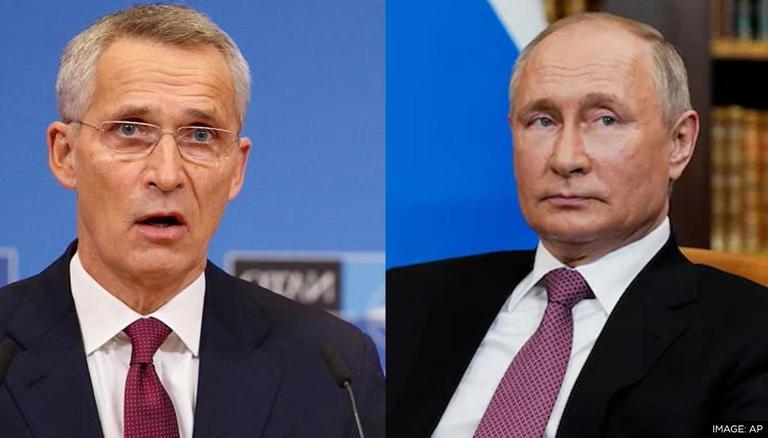 
Russia’s Foreign Ministry on Sunday said that Moscow has received a NATO proposal to commence talks on the country’s security concerns on January 12 and it is considering it. In recent months, Russia has unnerved the West with a troop building near Ukraine. Last week, Moscow also unveiled a wish list of security proposals it wants to negotiate, including a promise NATO would give any military activity in Eastern Europe and Ukraine.

Now, after NATO’s proposal, the Russian Foreign Ministry said, “We have already received this (NATO) offer, and we are considering it,” as quoted by TASS.

The West has expressed concern over Russia’s deployment of forces near the Ukrainian border in alleged preparation for an invasion. Even though Moscow has repeatedly denied the accusations, the US, Ukraine and their allies have repeatedly raised concern over the Russian military build-up near the border. However, the Kremlin has insisted that Ukraine and its supporters from the West were making the claims to cover up their own allegedly aggressive designs.

READ | Russia, US should focus on dialogue amid rising tensions over Ukraine: Ex-Soviet leader

On Thursday, Russian President Vladimir Putin also stated that Moscow wanted to avoid conflict but needed an “immediate” response from the US and its allies to its demands for security guarantees. Russia has said that it expects talks with US officials on the subject in a bid to state in January in Geneva.

According to the US intelligence inputs, around 70,000 Russian troops are pressed near the Ukraine border by Putin and the forces have reportedly made all preparations to "invade Ukraine" next year. In response, POTUS Joe Biden, during a video call with his Russian counterpart Vladimir Putin, warned of "severe repercussions" if Moscow tries to invade Ukraine or try to destabilise the incumbent government. Previously, US Vice President Kamala Harris also said that Washington has been in direct contact with Moscow about the issue and reiterated the US commitment to Ukraine’s territorial integrity.

"We've been very clear that we are prepared to issue sanctions like you've not seen before," Harris said, but declined to elaborate on the specifics of the sanctions.