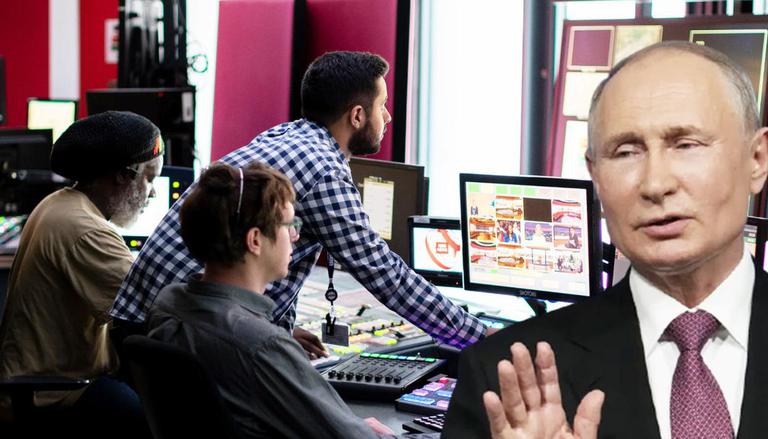 
Russian media outlets on Friday called on President Vladimir Putin and other top government officials to end the "media crackdown" on journalists in the country. The participants included Russian news outlets, privately-owned channels, NGO publications and individual journalists who were banned or declared "foreign agents" for the past one year. The media organisations, in an open letter, demanded the Soviet government to repeal the 'foreign agent law' that blacklisted independent journalists and the outlets.

What did the letter say?

Calling it a part of a "coordinated campaign," journalists from media houses like TV Rain, Novaya Gazeta, US-funded Radio Free Europe, Riga-based Meduza, Bellingcat partner The Insider, the iStories survey website, regional publications and many more including prominent human rights activists, appealed to the President to revoke the 2017 Russian law that stamped top outlets and journalists as "foreign agents," The Guardian reported quoting the letter. Investigative media Proekt was declared an 'undesirable organisation' earlier this year, France24 reported. Arguing it to be a "death sentence" for independent media, the letter mentioned that the only "guilt" for Russian media is that they are "honestly fulfilling their professional duties to their readers," The Guardian reported. It further added that the law "directly violated" the freedom of speech and media independence.

Despite the letter, the Russian government did not seem to budge on its decision about ending the crackdown on the media. Referring to it as "emotional," Kremlin has rejected the media demands listed in the letter. The Russian authorities argued that the "foreign agent" tag was to protect Russian journalists from external interference. Meanwhile, Presidential spokesperson Dmitry Peskov told reporters that "the law should and will exist." As per DW, he also asserted that the government is yet to decide on how the law will be enforced.

In 2017, Russian President Vladimir Putin signed two proposals into laws that allowed government authorities to list media outlets as "foreign agents." As per the Kremlin statement, the law was enforced on the date of publication. The Russian move was prompted as a measure after former US President Donald Trump accused the use of Russian media influence on Presidential election voters.