Law criminalizes any and all forms of promotion or “praising” homosexual or LGBTQ+ relationships, gender reassignment surgery, or normalizing homosexual acts. 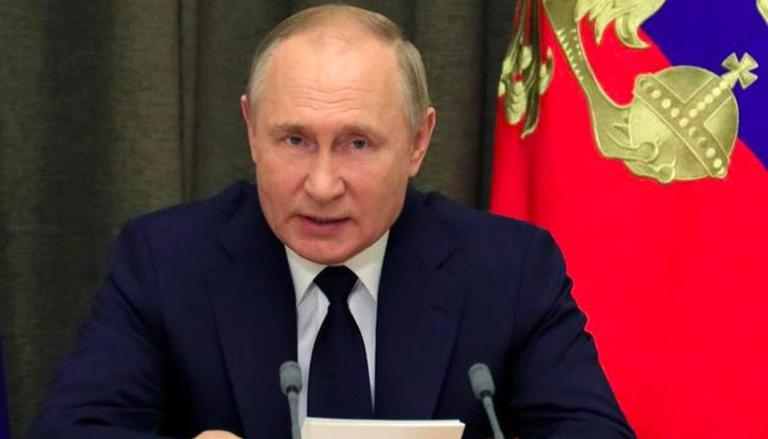 
Russian President Vladimir Putin on Monday signed a law pertaining to the restrictions on "LGBT propaganda" that bans Russian citizens from promoting or displaying pro-LGBTQ+ expression or support within the Russian Federation.

Russian Parliament's lower house Duma had unanimously passed the final bill that bans the promotion of LGBT relationships expanding a law that was adopted in 2013. Any attempt to promote homosexuality within the country including in cinema, books, or advertising would incur a heavy penalty under the new package of legislation, the bill that has now become a law stated as it was passed in the Russian Parliament with a whopping majority.

Law criminalises any and all forms of promotion of LGBTQ+ relations, display or support

The law criminalises any and all forms of promotion or “praising” homosexual or LGBTQ+ relationships, gender reassignment surgery, or normalising homosexual relations among the Russian population. Films that “promote non-traditional sexual relations” would also not be granted a rental license. Russian Duma had asserted that the draft bill was proposed to curb the “propaganda of nontraditional sexual relations." The breach of the law could now risk a fine of up to 400,000 rubles ($6,600), while organisations could risk 5 million rubles ($82,100 or Rs 5,42,351). A foreign national might face detention for up to 15 days and deportation if found violating the law.

The original version of the law adopted in 2013 banned homosexual relations among minors but the new bill seeks to apply it to the adult population. The draft form of the bill was sent to the Federation Council, and Russia’s upper house of Parliament sent the bill to the table of Russian President Vladimir Putin, who signed it on Monday.

This implies, in the Russian Federation, legal action would be taken for spreading any information that is considered an attempt to promote homosexuality in public, online, or in films, books, in public, or advertising. The newly signed legislation also prohibits the "demonstration" of LGBT behaviour to children or teens, as well as adults. It also suppresses the so-called "non-traditional" LGBT lifestyles practiced by lesbians, gay men, bisexuals, and transgender people out of public life. Any gay pride marches and homosexual rights activists will now be imprisoned by the Russian authorities under the new law.