Magdalena Andersson, who was unanimously elected as the new leader of Sweden’s SAP, is now a step closer to becoming the country's first female PM. 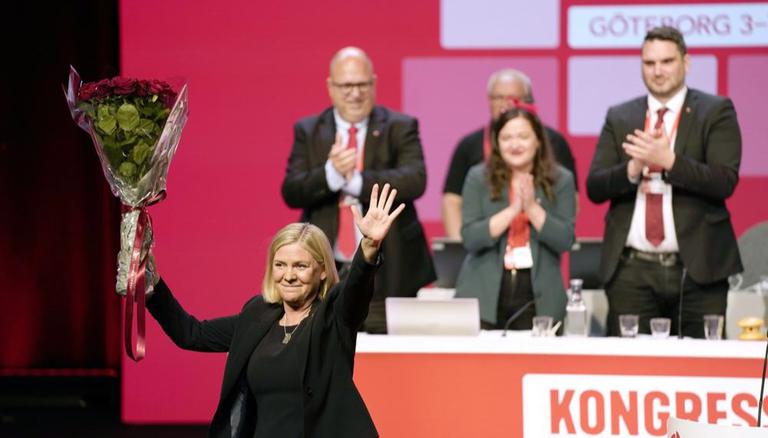 
Magdalena Andersson, who was last week unanimously elected as the new leader of Sweden’s Socials Democrats (SAP) party, is now a step closer to becoming the country’s first female Prime Minister. Andersson is Sweden’s Finance Minister and she was the only candidate for the party chairman job.

The 54-year-old economist and former competitive swimmer is set to become the first female PM in Swedish history, provided she wins a vote in parliament, the date for which has not yet been set.

According to EuroNews, Andersson’s election as SAP’s leader comes five months after SAP PM Stefan Lofven resigned after losing a vote of confidence in parliament. Lofven was reinstated in July after securing a new coalition. However, he unexpectedly announced in August that he would be stepping down in November.

Now, Lofven must formally notify the speaker of Sweden’s Parliament that he is resigning, and propose Andersson as his replacement, who will then form a government. But Andersson will still need to secure the support of the Greens as well as the Left Party and the Centre Party, which had confidence and supply alliances with the Lofven government.

If she secures the position of the PM, Andersson will then need to steer her party through the next general election in Sweden, which are scheduled to take place in September 2022.

It is to mention that Lofven in 2012 became the head of SAP that currently holds 100 of Parliament’s 349 seats. However, the country’s second-largest party, the liberal-conservative Moderates, are hoping to govern after moving closer to the right-wing populist Sweden Democrats.