Sweden's Prime Minister Stefan Lofven officially resigned on Wednesday, 10 Nov, paving the way for the country to have its first female head of government. 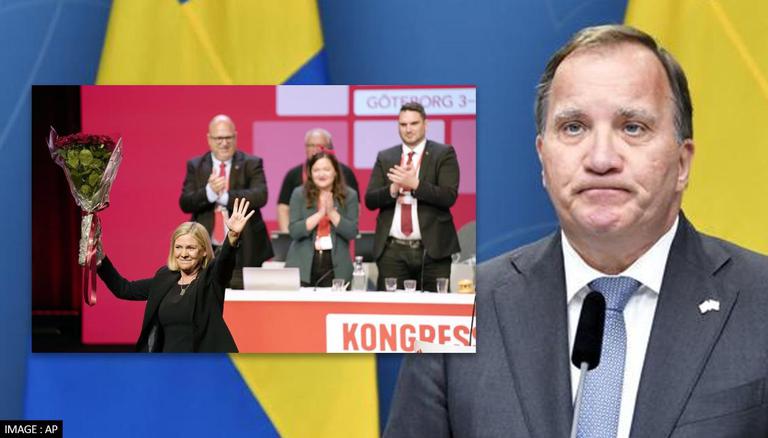 
Swedish Prime Minister Stefan Lofven officially resigned on Wednesday, 10 November, paving the way for the country to have its first female head of government. According to the Associated Press, Magdalena Andersson, who is the current finance minister of the country, has been elected to replace Lofven as the head of the Social Democratic Party (SAP), putting her on the track to become the premier if she wins a vote in parliament expected next week. Until then, Lofven will continue as caretaking PM, parliament speaker Andreas Norlen said.

Speaking at a news conference, Lofven said, “It has been seven fantastic years, and I am very proud as a working boy to have had the privilege of leading our country during these years.”

It is to mention that Lofven, a union negotiator, has headed a minority coalition with the Greens since 2014. Earlier this year he had announced that he would step down ahead of the next general election, due in September 2022. Lofven was reinstated as the SAP President in July after securing a new coalition. However, he unexpectedly announced in August that he would be stepping down in November.

Now, no time frame for a new Cabinet has been announced. It is to note that under the Swedish Constitution, prime ministers can govern as long as a parliamentary majority - a minimum 175 lawmakers - is not against them.

Meanwhile, Andersson, who was last week unanimously elected as the new leader of SAP, is now a step closer to becoming the country’s first female prime minister. The 54-year-old economist and former competitive swimmer will become the head of the government, provided she wins a vote in parliament, the date of which has not yet been set.

Andersson will need to secure the support of the Greens as well as from the Left Party and the Centre Party, which had confidence and supply alliances with the Lofven government. If she secures the position of the PM, Andersson will then need to steer her party through the next general election in Sweden in 2022. According to AP, the present Social Democratic-Green governing coalition hopes to secure Andersson’s confirmation as the PM with the backing of two smaller parties.