The much-awaited Comedy Wildlife Photography Awards revealed their 40 finalists for the year 2019, whose winner is expected to be chosen on 13 November.

The much-awaited Comedy Wildlife Photography Awards revealed their 40 finalists for the year 2019, whose winner is expected to be chosen on 13 November. The competition aims at collecting funny and rib-tickling wildlife snaps, attempting to further the theme of conservation through competition. The Comedy Wildlife Photography Awards were founded in the year 2015, with an objective to achieve "conservation through competition" while simultaneously conducting a "light-hearted, upbeat" photography competition across the globe. The competition also has a “people’s choice” option, through which people can openly vote for their favourite photographer.

It takes immense talent and the right moment to picture wildlife in a hilarious frame and over the past few years, photographers have attempted to get many snaps of such humour.This year’s top 40 hilarious Wildlife images includes a baby chimp dripping in style, an unfortunate bird caught mid-spray, a brown bear dealing with his Monday Blues, a penguin disagreeing with a seal, and a zebra couple cracking jokes.  It's pretty evident that the decision wouldn’t be easy at all since all submissions are unique and compelling. The winner has to be the best and most of all, the funniest. These Wildlife pictures are indeed so hilarious that a quick look at them can take away all your sorrows for the entire week. Here are some of the pictures posted on their social media handle: 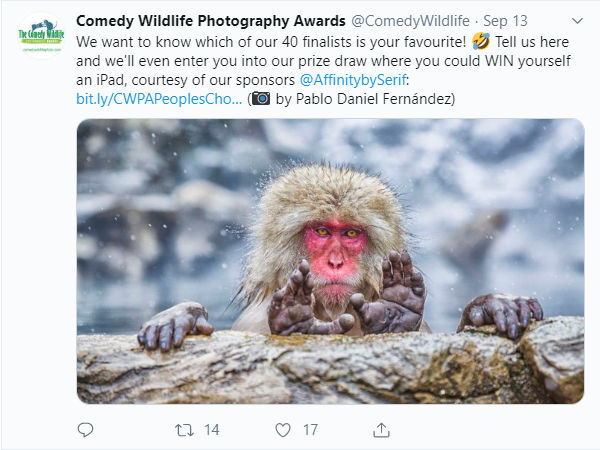 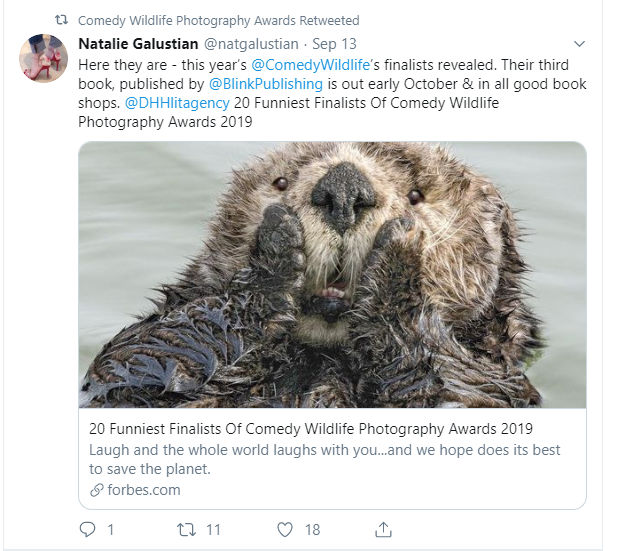 READ I Another new Harry Potter book coming, here's what it's about 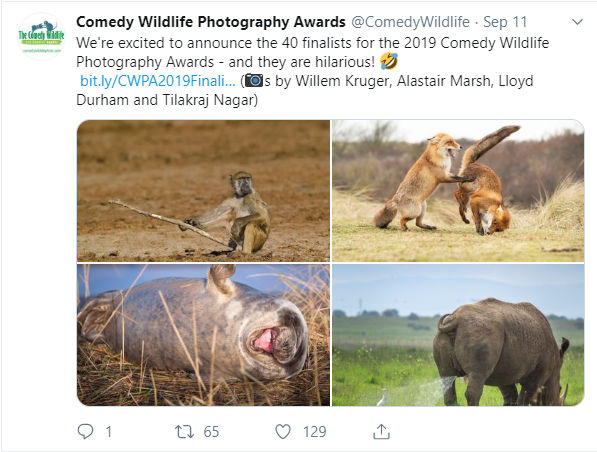 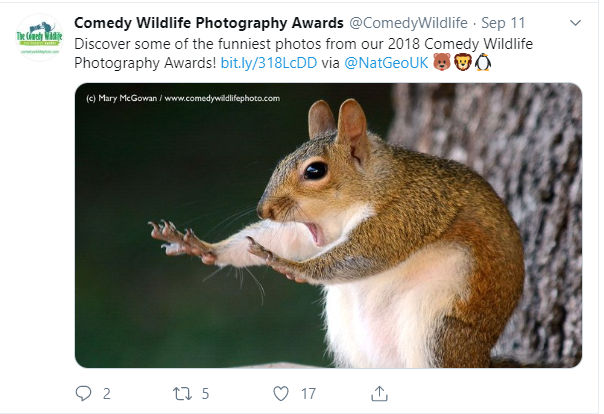 Read: "Wildfires A Serious Issue And In The Meantime, Pray For Rain": Supreme Court On Plea Seeking Urgent Steps To Protect Wildlife In Uttarakhand

This competition is all about Conservation of Wildlife. It focuses on creating awareness about climate change and the fact that whatever we do in our daily routine, it has a direct impact on the environment. The competition aims to celebrate the existence of every living organism on our planet. The organizers of the event Tom and Paul depend on the word of mouth means of communication for awareness of their project to be spread across the globe and they have attempted do so for the past four years. Although they have not met their objectives over the last few years, the duo are confident of change taking place in the future, they revealed on their website.