There is divisiveness on particularly three issues, starting with $100bn in climate finance as agreed in 2009 and whether the amount will be raised after 2025. 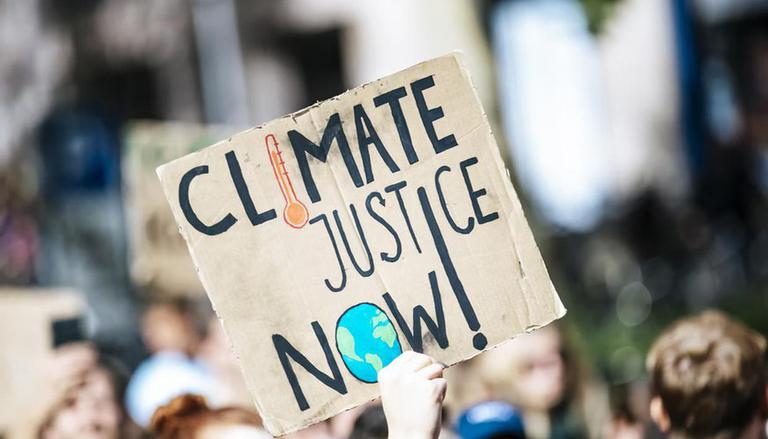 
The Conference of Parties (COP26) saw big bang announcements in the first five days of the ongoing summit in Glasgow. From pledging carbon-cutting to aiming 1.5°C target, representatives of 196 countries and their stakeholders have announced major vows to contribute to curbing the climate crisis. However, hardline gaps between the developed and developing countries have particularly hindered reaching a consensus on the Glasgow pact text.

There is divisiveness on particularly three issues, starting from $100 billion in climate finance as agreed in 2009 and whether the amount will be increased after 2025. Secondly, to reach the target of 1.5°C after major economies like India and China announced an extension from 2050 to 2070 and 2060 respectively, to achieve "Net-Zero" commitment. On the issue of climate financing, developed countries have expressed considerable discomfort in agreeing to any independent review by the overseeing organisation, the Organisation for Economic Cooperation and Development (OECD). Calling it a "red line," a senior official from the EU delegation told the media that "the donors (developed countries) of course are deeply uncomfortable about such reviews and number crunching."

On the other hand, while the developed nations have failed to deliver the agreed annual climate finance, leaders of developing countries like India have demanded the aid be increased to $1 trillion. South Africa, for example, has said $750 billion will be needed. African countries have been asking for 1.3 trillion dollars, a senior official from a developed nation told at the conference. Meanwhile, there is also fog over the contribution of several large economies, like China's, involvement in the donation. "Will there be an incremental increase or not? And who will be included as donors... There are conversations on including China and Saudi Arabia among donors. I doubt if India will also be included but cannot rule out so there is a second red line," the official added. Lastly, there are also discussions over the nature of finance that will be spent on the climate. It is to be noted that the Glasgow summit, which concludes on November 12, is considered to be the last opportunity to address climate change and enact serious commitments against climate change.

India made significant announcements related to climate change goals at the COP26 Climate Summit. PM Modi pledged to reach 'Net Zero' carbon emissions by 2070, a decision hailed by environment experts. He also vowed to reduce industrial emissions by 1 billion tonnes by 2030. Moreover, India's new target of 500 gigawatts (GW) energy from non-fossil fuel sources was also noted to be a "significant contribution" to climate goals. Additionally, the PM also stressed the need for greater ambition on technology and climate finance on behalf of smaller countries.

Delivering India's National Statement at the COP26 Summit in Glasgow, PM Modi on Monday proposed the "One-Word Movement." Calling for collective participation towards mitigating climate change, the PM also highlighted that "Lifestyle for Environment" should become a mass movement to raise "consciousness" and combat "mindless and destructive consumption." He also called for a "unified approach" to attain multidimensional goals in the field of agriculture, energy, housing, water management, tourism, etc.