'Act quickly and cooperatively' | G20 Summit Was A Success Says Italy PM, Wishes UK Counterpart Ahead Of COP26 At Glasgow

At the G20 Summit closing press conference, Italy's Prime Minister Mario Draghi declared, "This summit was a success," adding that cooperation is critical. 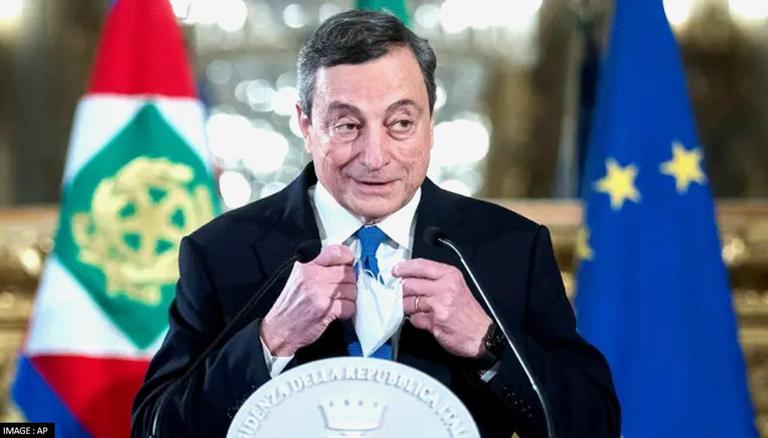 
The leaders of the Group of 20 major economies made significant progress in addressing the growing threat of global warming, according to Italian Prime Minister Mario Draghi, who hailed the two-day summit as a success. On Sunday, October 31, the G20 Summit in Rome concluded with the adoption of a declaration reiterating the critical importance of multilateralism and international cooperation in facing the global challenges posed by the COVID-19 epidemic. Draghi told reporters, all G20 nations agreed on the significance of keeping global warming below 1.5 degrees Celsius, for the first time, which scientists think is necessary to avoid disaster.

At the closing press conference, Italy's Prime Minister Mario Draghi declared, "This summit was a success," adding that cooperation is critical on challenges such as climate, wealth, and poverty. Multilateralism is the sort of cooperation we are most familiar with, Draghi added, urging G20 members to act quickly and cooperatively. The two-day summit was held both online and offline during Italy's G20 presidency. Indonesia will take over the rotational presidency in December 2021.

Until a few days ago, we saw countries fairly reluctant to move along the lines we were advocating, Draghi remarked at the concluding news conference, dismissing complaints from climate campaigners that the G20 had not gone far enough. "G20 leaders have made substantial commitments ... It is easy to suggest difficult things. It is very, very difficult to actually execute them," he added.

The G20 members account for about two-thirds of the world's population, more than 80% of global GDP, and 75% of worldwide trade. In terms of climate change, the leaders remain committed to the Paris Agreement target of keeping global average temperature rise well below two degrees Celsius and pursuing measures to keep it below 1.5 degrees Celsius over pre-industrial levels.

The "G20 Rome Leaders' Declaration" promises to boost the global response to the pandemic and pave the route for global recovery, with a special focus on the most vulnerable. The world's major economies have agreed to employ all available instruments to address the pandemic's impacts, sustain the recovery, and remain vigilant to global concerns such as supply chain disruption. They committed to accelerating efforts to guarantee timely, equitable, and universal access to safe, cheap, high-quality, and effective vaccinations, medicines, and diagnostics, with a focus on the needs of low- and middle-income countries. The declaration read, "we will take steps to help boost the supply of vaccines and essential medical products and inputs in developing countries and remove relevant supply and financing constraints."