Nobel Literature Prizes For 2018 And 2019 To Be Awarded This Year, Here Are The Details

The Swedish Academy will be allowed to give away the 2018 and 2019 literature prizes together this year after a series of sexual misconduct allegations surfaced last year, which prevented the board from giving it away.

The Swedish Academy will be allowed to give away the 2018 and 2019 literature prizes together this year after a series of sexual misconduct allegations surfaced last year, which prevented the board from giving it away. The Noble Foundation stopped the academy from awarding the prize after harassment allegations surfaced against the husband of one of its board members.

The announcement was made on the official Twitter handle of, The Noble Prize.

The Nobel Prize in Literature will once again be awarded, and this autumn laureates for both 2018 and 2019 will be announced.

After the scandal, several important changes have been implemented, the Academy's regulations have been amended, thus making it possible to resign. The Swedish Academy has also approved a new system for its Noble Committee for the next five years.

In its statement, the Nobel foundation's board stated that it believes that the steps taken will create good opportunities for restoring trust in the Academy as a prize-awarding institution.

Jean-Claude Arnault, the man at the centre of the Noble prize Scandal in 2018, was jailed last year after a rape conviction. His wife, Frostenson also left the body in January, 2018 after an inquiry found she leaked the names of prize winners.

READ: Nobel Prize In Physiology/Medicine 2018 Awarded To Allison And Honko 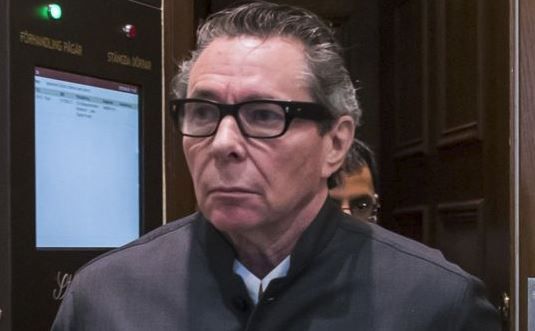 The scandal first broke out in November 2017 when a publication had posted detailed allegations by a total of 18 women accusing Arnault of rape, sexual and physical abuse for over a period of 20 years in Sweden and France.

Around a total of eight women filed formal complaints but all bar one of the cases were dropped due to the lack of evidence. Reportedly, the women in the case, who is a writer and academic, informed the police of 2011 assaults just a few days after the publication posted the report soon after which the case went on trial.

Ever since then, the body has appointed several new members and also set up a new prize committee, that aims at restoring public confidence and retaining the right to pick winners for the literary award.