UN calls for an immediate end to violence in Afghanistan's Lashkargah. Forty civilians have been killed and 118 injured in the last 24 hours. 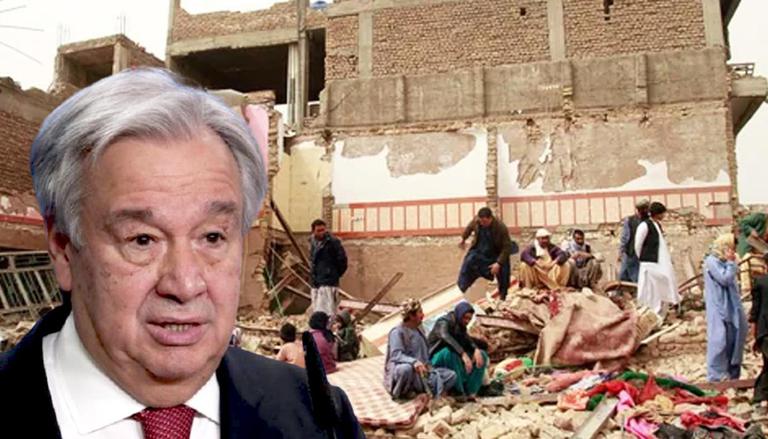 
Secretary-General of the United Nations, Antonio Guterres, on Thursday, expressed concern over escalating atrocities caused by the Taliban in Afghanistan's Lashkargah.

Lamenting at the present state of the war-ravaged country, the UN chief pointed out, "Nearly 3,60,000 people have been forcibly displaced by the raging conflict in Afghanistan since the start of the year."

UNAMA calls for an 'immediate' end to violence

The United Nations Assistance Mission in Afghanistan (UNAMA) has called for an immediate end to the conflict as civilians continue to bear the brunt of the violence.

“We can tell you that we are deeply concerned about the safety and protection of people in Lashkargah, in the south, where tens of thousands of people could be trapped by fighting,” Stephane Dujarric, spokesperson for the UN Secretary-General, had said on Wednesday.

As per available statistics, 40 civilians have lost their lives and 118 have suffered injuries in Lashkargah in the last 24 hours. In Kandahar, at least five civilians have been killed and 42 wounded due to Taliban induced violence.

Dujarric pointed out that that the attacks on health facilities in the first half of 2021 continue to deprive 200,000 Afghan citizens the access to basic care.

“We urge the parties to the conflict to protect civilians, aid workers, and civilian infrastructure, including schools and hospitals, in compliance with international humanitarian law,” she said.

The UNAMA made it clear that the Taliban ground offensive and Afghan National Army airstrikes are causing the highest damage. It said that it is deeply concerned about the indiscriminate shooting and damage to health facilities and civilian homes. “All parties must do more to protect civilians or the impact will be catastrophic,” the UN Mission in Afghanistan stated.

The United Nation's Security Council, currently under the Presidency of India has also issued a press statement expressing concern over the "escalating violence in Afghanistan" and condemning the "deplorable attack" on a UN compound on July 30. The attack had led to the death of an Afghan security forces guard and had left several injured. Members of the 15-nation Security Council reaffirmed that there is no military solution to the conflict, and declared that they "do not support the restoration of the Islamic Emirate."

The Taliban has stepped up its campaign to displace the Afghan government since April following the United States of America's decision to withdraw its troops from the country.

(With inputs from PTI, Picture by AP)