A photo that appears to show Princess Latifa, the daughter of the ruler of Dubai, who has not been seen or heard from in months, has been posted on Instagram. 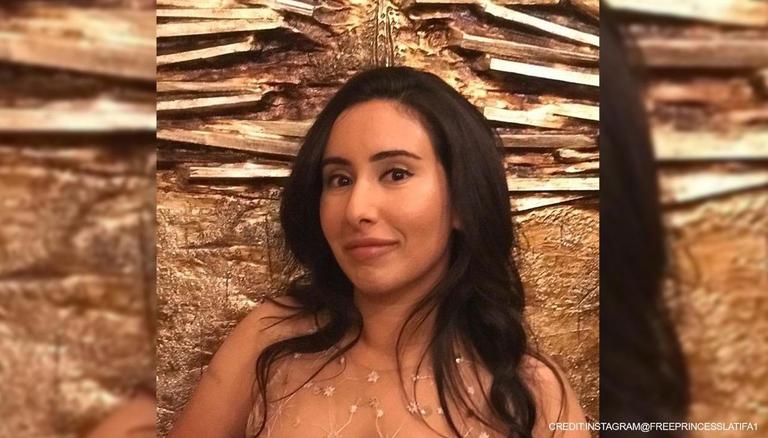 
A photo that appears to show Princess Latifa, the daughter of the ruler of Dubai, who has not been seen or heard from in months, has been posted on Instagram. Back in February,  the Arab royal had appeared in a BBC investigative news programme, where she accused her father, UAE Prime Minister Sheikh Mohammed bin Rashid Al Maktoum, of holding her hostage in a villa-turned jail in Dubai. She had said that she is worried about her safety and life.

However, now she has been seen for the first time in public since the video messages were released. The picture of the Emirati royal was posted on Instagram by ‘Shinny Bryn’, a public account with fewer than 300 followers. The image shows Princess Latifa with two women in a mall in Dubai. Facemasks are also visible on the table, which suggests that the picture has been taken in the last 18 months.

No further information has been provided. However, a friend of Princess Latifa confirmed to BBC that it is her in the image. As per the media outlet, David Haigh, co-founder of the Free Latifa campaign group, also confirmed that there have been several “potentially significant” and “positive” developments in the campaign. Haigh added that right now he could not comment further, but he will release a further statement at the “appropriate time”.

The United Nations, on the other hand, said that it awaits “convincing proof” of life in the case of Princess Latifa. According to BBC,  the photo appears to show Princess Latifa in the Mall of Emirates (MoE). Friends of the royal Arab have said that they recognise both of the other women, and Latifa is acquainted with them. The image also shows a cinema advertising the film ‘Demon Slayer: Mugen Train’, which was released in the United Arab Emirates on 13 May 2021.

Meanwhile, Sheikha Latifa, who tried to flee UAE in 2018 but was allegedly captured by the Indian coast guard and sent back to her home country, was seen recording the video inside a bathroom, saying it is the only room with a door. She claimed that the house where she is being held "hostage" has only tinted windows and she has not seen sunlight for a very long time. According to the documentary, Tiina Jauhiainen, a friend of Sheikha Latifa, somehow managed to get her a cell phone a year after the failed escape attempt. Sheikha Latifa used the phone to record the videos and send them to BBC for the news programme.

WE RECOMMEND
Sheikh's missing daughter casts shadow over Derby favorite
Dubai denies knowledge of Princess Latifa's whereabouts; 'yet to see proof of life'
Dubai's missing Princess Latifa 'cared for at home', family says
Princess Latifa claims she is being held 'hostage in a villa converted into a jail'
UN says UAE failed to give proof that Princess Latifa is alive, seeks compelling evidence