Iraq: 2 Army Officers, 1 Civilian Killed In IS Attacks In Diyala And Salahuddin Provinces

On Tuesday, the militants of the Islamic State (IS) killed three people, including two Iraqi army officers in the provinces of Iraq's Diyala and Salahuddin. 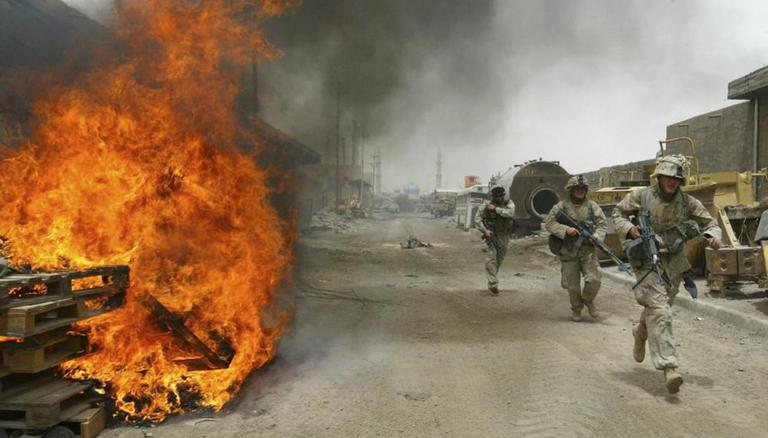 
The militants of the Islamic State (IS) killed three people, including two Iraqi army officers in the provinces of Diyala and Salahuddin, on Tuesday. According to a report by a Chinese news agency, Xinhua, commander of an army battalion, Lieutenant Colonel Jassim al-Shimmary, was killed in the eastern province of Diyala. While speaking about the deadly attack, Major Alaa al-Saadi from the provincial police told Xinhua that the incident happened when a roadside bomb planted by IS militants detonated near his military vehicle outside the town of Jalawlaa. In a separate incident, a group of militants opened fire on a civilian truck and ended with the driver's killing on the spot.

According to Major Alaa al-Saadi, the militants targeted the truck driver outside the town of Wajihiyah near the provincial capital Baquba, some 65 km northeast of Baghdad. Further, he said that the Iraqi soldiers averted two major attacks on military positions in two villages located about 40 km northeast of Baquba. He maintained that the attackers were successful in fleeing from the encounter site. Luckily, no one was injured in the incident, added Major. Earlier on September 13, an army officer was killed by the militants who broke into his house and opened fire on him. Colonel Mohammed al-Bazi told Xinhua that the army officer was targeted in a village south of the provincial capital Tikrit.

IS attacks intensified against Iraqi forces in recent months

It is worth mentioning that the anti-Iraqi soldier movement has been intensified by the ISIS militants in the past 5-6 months, leaving many soldiers dead and several severely injured. According to the media reports, they usually target those areas earlier in the control of militant outfits. On September 12, Sunday, the IS militant organisation targeted at least three Iraqi soldiers in Iraq's eastern province of Diyala. According to a local tribal fighter, Mohammed al-Obaidi, the war between two groups started in the evening, some 60 km north of the provincial capital Baquba. Meanwhile, six IS militants were killed in a drone attack by Iraqi soldiers in Iraq's Kirkuk province on Sunday. The fierce clash erupted earlier on the day when Daesh militants launched an attack on the federal police in Kirkuk province. In response, Iraq security forces sent a drone on a reconnaissance mission to the scene, and conducted three airstrikes on IS positions, said Iraqi Joint Operations Command in an official statement.