Israel's Mossad Tricked Iran Scientists Into Blowing Up Their Own Nuclear Facility: Report

Mossad had recruited a team of Iranian nuclear scientists to carry out a covert operation that blew up Natanz nuclear facility, reported Jewish Chronicle. 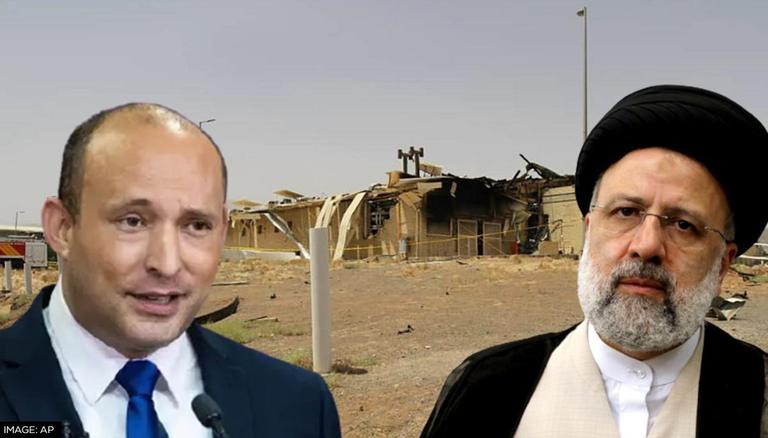 
Israel’s intelligence agency Mossad had recruited and tricked a team of Iranian nuclear scientists to carry out a covert operation that blew up one of Iran’s most secure nuclear facilities. According to an exclusive report by the Jewish Chronicle (JC), around 10 Iranian scientists were approached by Mossad agents to destroy the Natanz nuclear facility in April. However, they were hired under false pretences as they believed that they were working for international dissident groups.

It is to mention that the April attack on Natanz had resulted in the demolition of nearly 90% of the centrifuges at the nuclear plant. As a result, Iran’s progress towards a bomb had been delayed and it had also placed the key complex out of action for up to nine months.

The Jewish Chronicle in its report revealed that the attack was done by smuggling explosives into the compound using a drone or a catering lorry. It said that while some of the explosives were dropped into the compound by a drone, others were smuggled into the high-security facility hidden in boxes of food on a catering lorry. These explosives were later collected by the Iranian scientists, who then blew up the compound which housed up to 5,000 centrifuges and is protected from air assault by 40 feet of concrete and iron.

READ | Indian Army receives new Heron drones from Israel; to be deployed for surveillance at LAC

While citing a source, the media outlet further stated that the scientists’ motivations were all different. It said that Israel’s secret intelligence agency found out what the scientists deeply wanted in their lives and offered it to them. “There were was an inner circle of scientists who knew more about the operation, and an outer circle who helped out but had less information,” JC source said.

It was revealed that after the explosion, the scientists responsible were spirited away to a safe location. “All of them are very safe today,” the JC source said. The blast had destroyed the independent and highly secure internal power system that supplied the centrifuges. It also caused a power blackout in the heavily fortified complex.

Further, various other revelations by the Jewish Chronicle were also made, involving Mossad spies hiding explosives in building materials that were used in the construction of the Natanz centrifuge in 2019. It also reported that Israeli agents are seeking an armed quadcopter. Additionally, there was also a third operation in June, during which a blast had taken place by a quadcopter drone on the Iran Centrifuge Technology Company.

As per the media outlet, in total there were three operations that were planned in a time span of over 18 months. It involved a team of around 1,000 technicians, spies and several agents on the ground. JC claimed that these revelations underline Israel’s capacity for striking at the heart of the Iranian regime’s most secret and strongly fortified sites, bolstering the Jewish state’s insistence that if necessary it will take unilateral military action.

“The Iranians have always known that Israel has infiltrated their supply chains, but they are powerless to do anything about it,” a JC source said.