Footage emerged wherein employees at Grand Mosque, Mecca could be seen peeling off the physical distancing measures as people were praying in close proximity. 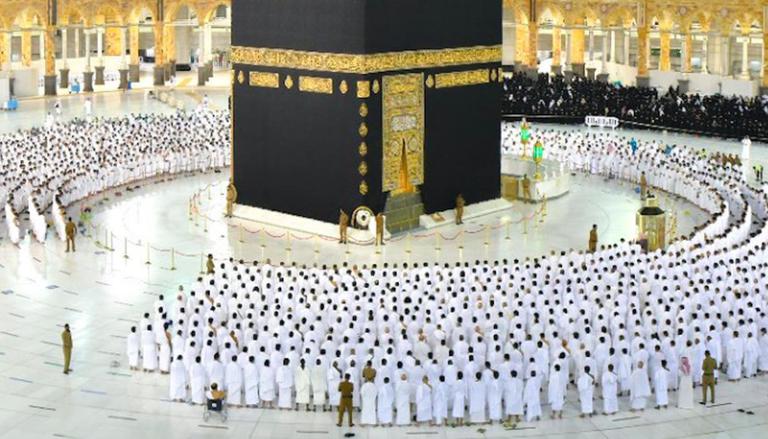 
In the first known removal of COVID-19 measure worldwide since the official declaration of ‘pandemic’ by the WHO last year, Saudi Arabia has officially ended the social distancing protocol at the Grand Mosque in the Muslim holy city of Mecca. This was followed by worshippers being allowed to visit the holy site at full capacity. Workers in the Islamic Federation were seen removing the floor markings that generally guided people to social distance to curb instances of COVID-19 outbreak. The country had announced that it will ease the ongoing coronavirus restrictions from October 17, according to the kingdom's interior ministry owing to the rigorous vaccination campaign. The ministry had stated that it was going to permit full-capacity attendance at the country's two Holy Mosques in Mecca and Medina effective October.

“This is in line with the decision to ease precautionary measures and to allow pilgrims and visitors to the Grand Mosque at full capacity,” the official Saudi Press Agency (SPA) reported.

#Fajr prayer at the Grand Mosque in #Makkah after easing #coronavirus restrictions. pic.twitter.com/qWOXIn8tnt

Authorities remove barriers around the Holy #Kaaba in preparation for the implementation of the decision to allow using the full capacity of the Grand Mosque. pic.twitter.com/XUJt2LBQL0

During the  Sunday morning, footage emerged wherein the employees at the Grand Mosque could be seen peeling off the physical distancing measures as people were praying in close proximity in straight rows in the pre-pandemic normal. Although, the country required all worshippers to be fully vaccinated against coronavirus respiratory ailment. The Kaaba, a  black cubic structure around which the worshippers pray, remained cordoned off as of Sunday as workers were seen removing the barriers to resume full capacity at the holy site.

The restrictions were all lifted due to the significant drop in the daily  COVID-19 infections, Saudi Arabia’s official press service reported, adding that curbs will be removed on public gatherings on all venues, public transportation, food joints and restaurants as well as gyms, cinema halls, etc. The government has also removed the mask advisory in public places as almost the entire population has reached the vaccination immunity level. The government also announced that from Sunday onwards, fully-vaccinated people can attend sports events at all stadiums and other sports facilities. Throughout the pandemic, the country registered a total of 547,000 coronavirus infections with 8,760 fatalities so far.