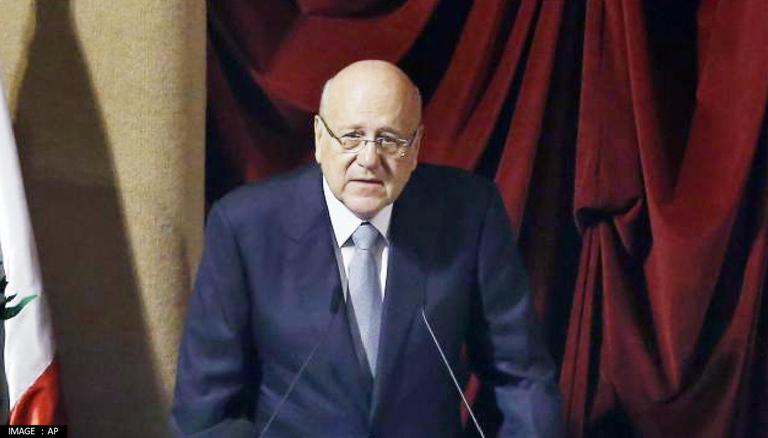 
In response to the Pandora Papers leak, Lebanese Prime Minister Najib Mikati's office stated that he acquired a fortune from his decades-long communications business. "The wealth of Lebanon's Prime Minister, Najib Mikati, and his family is the result of more than 20 years of constant effort in the telecommunications sector," the office stated in a statement on October 5.

Mikati submitted his holdings and property to Lebanon's Constitutional Council before beginning his political career, it added. Mikati and his brother founded a satellite communications corporation in 1982, and later the M1 Group, an investment group with interests in South Africa, Europe, and the United States.

Pandora papers revealed some prominent Lebanese names in the documents

A trove of leaked documents confirmed that Lebanon's politicians and bankers have been storing wealth in offshore tax havens for years and using it to buy expensive properties — a humiliating revelation for millions of newly impoverished Lebanese caught up in one of the world's worst economic meltdowns in decades.

Some of the newly exposed offshore account holders are members of the same ruling class that is being blamed for the collapse and for destabilising the lives of regular Lebanese who have lost access to savings and are now unable to obtain fuel, electricity, or medicine.

The longtime central bank governor, who was a key participant in the disastrous policies that contributed to the financial crisis, as well as Prime Minister Najib Mikati and his predecessor, are among the bold-faced names in the released documents.

Lebanon is experiencing one of the world's greatest economic meltdowns in the last 150 years, according to the World Bank. More than 70% of the population has been pushed into poverty, with their savings practically wiped out by the catastrophe, which began in late 2019 and was exacerbated by decades of political corruption and mismanagement.

Beginning in late 2019, tens of thousands of people conducted widespread anti-corruption rallies. Yet, two years later, the same politicians, shielded by the sectarian-based system, continue to administer the country in the same manner.

The International Consortium of Investigative Journalists (ICIJ) released the so-called Pandora Papers on Sunday, a dossier of over 11.9 million leaked financial papers detailing the offshore operations of over 300 major worldwide politicians. Mikati is one of Lebanon's wealthiest people, according to the ICIJ, with a net worth of over $2 billion.