Russia, UN Call For Peace Between Israel And Palestine, Back Two-state Solution

Russian President Vladimir Putin and United Nations Secretary-General Antonio Guterres have jointly called for an end to the Israeli-Palestinian conflict. 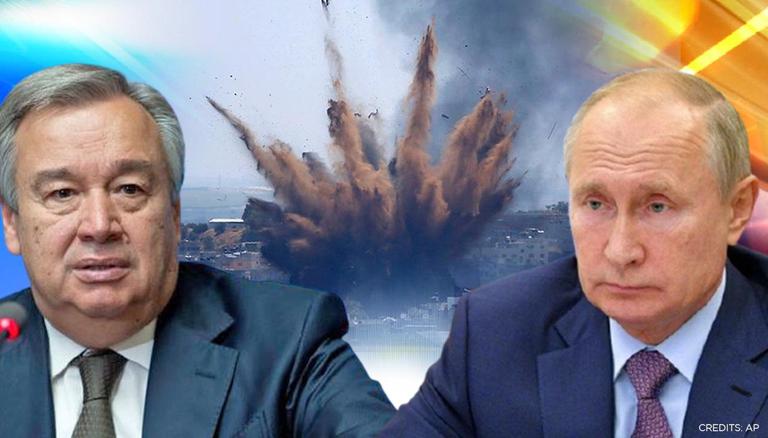 
Russian President Vladimir Putin and United Nations Secretary-General Antonio Guterres have jointly called for an end to the Israeli-Palestinian conflict. On Thursday, Kremlin released a statement stressing that both the leaders back the ‘Two-state solution’ to guarantee peace in the region which is facing its worst crisis since the 2014 Gaza war. The two-state solution touts the establishment of an independent State of Palestine coexisting alongside the State of Israel.

"In light of the escalation of the Palestinian-Israeli conflict, it was stated that the primary task is to stop violent actions on both sides and ensure the safety of the civilian population," the Kremlin said in a statement after a  video call with Guterres.

This came a day after the UN held talks with Russian Foreign Minister Sergei Lavrov. During the meeting, both the leaders called for an urgent meeting of the Middle East Quartet. Later, Guterres said the UN was "fully ready" to resume the work of the Quartet and facilitate dialogue between the two sides.

According to Associated Press, the escalation has led to the death of 190 Palestinians including 28 children and 15 women, with 621 people wounded. The Hamas and Islamic Jihad militant groups have confirmed 20 deaths in their ranks, though Israel says that number is much higher. Seven people have been killed in Israel, including a 6-year-old boy.

READ | Rivlin appeals for calm after on Israel civil unrest

Meanwhile, Israel’s Defense Minister Benny Gantz ordered the mobilization of an additional 9,000 reservists, indicating a possible ground invasion of the Arab occupied territory. Echoing his stance, chief military spokesman, Brig. Gen. Hidai Zilberman said that the reserve troops along with tanks and heavy artillery were amassing along the Gazan border and were prepared for “mobilization at any given moment.” With destruction reaching a new high every day, the conflict is deemed to have effects wider and farther than the Palestines Intifada.