A Syrian military helicopter recently crashed in Hama city during a training exercise, killing every member of the crew, as per local media reports. 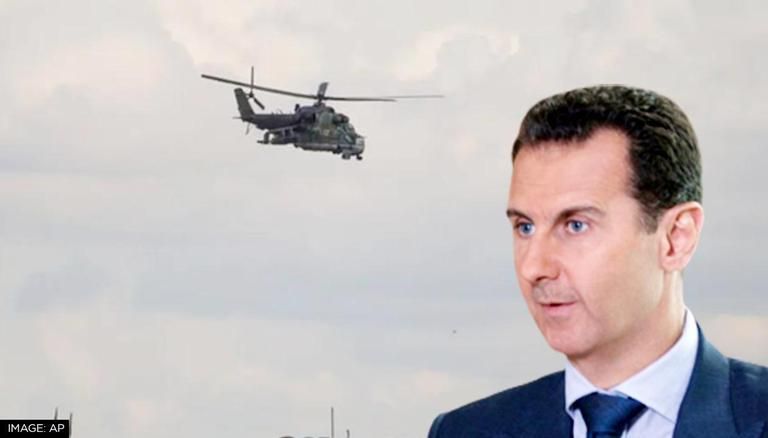 
A Syrian military helicopter recently crashed in Hama city during a training exercise, killing every member of the crew, as per local media reports. The Defence Ministry of Syria claimed that a technical issue was to be blamed for the tragedy.

State-run SANA news agency reported citing a military source, “A military helicopter crashed on Sunday morning, northeast of Hama, during a training mission, as a result of a technical failure, which led to the martyrdom of the helicopter crew". Besides this, further information is to be awaited.

In addition to this, in the month of February of this year, two of the five crew members lost their lives after a Syrian military copter crashed-landed in a rough hilly region. The tragic incident took place the helicopter was conducting a training exercise in the northwest of the nation.

According to an Associated Press report, an anonymous military officer was cited by state media as claiming that the chopper had mechanical difficulties while circling the coastal province of Latakia and crashed-landed in a hilly region. Three crew members were thought to have survived, according to the official, who gave no further information on their health. The helicopter's burned-out wreckage was seen in a photo of it that state news agency SANA provided.

It is pertinent to mention that nearly 500,000 people have died and half of Syria's pre-war population of 23 million have been displaced since the Syrian civil war started in March 2011. With assistance from Russia and Iran, President Bashar al-Assad's principal sponsors, Syrian government troops now have a large portion of the nation under their control.

Meanwhile, Israel has lately been under fire from Syria for allegedly carrying out two airstrikes on August 31, Wednesday night, one near the nation's capital, Damascus, and the other targeting Aleppo International Airport. The airport in northern Syria was reportedly damaged by the first bombardment, according to SANA, but no more details about the event were provided. In addition, no other casualties have been recorded by the Syrian government.

SANA even stated that Syrian air defences were fighting back the Israeli bombing over Damascus following the purported attack on Aleppo. Syrian state media said that missiles were allegedly being fired at sites south of the Syrian capital by Damascus' air defence systems, which they claimed were Israeli targets. Israeli strikes were reportedly made against military targets, according to an opposition war monitor, Syrian Observatory for Human Rights.