Tropical Cyclone Shaheen made a landfall in Oman on Sunday with its ferocious winds and heavy rains. At least nine people have lost their lives. 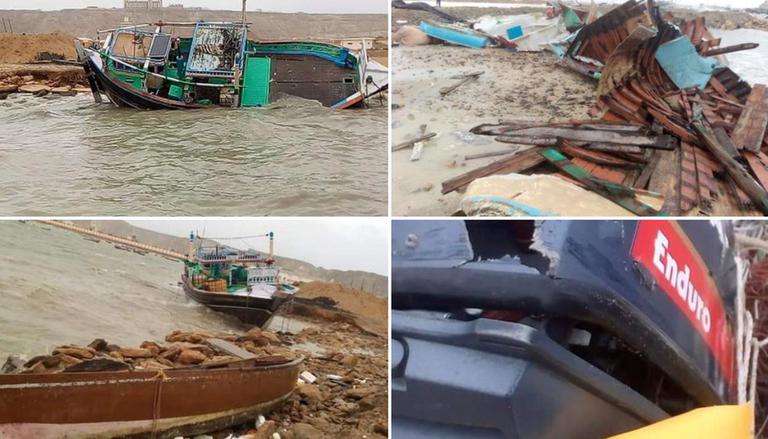 
Tropical Cyclone Shaheen made a landfall in Oman on Sunday with ferocious winds and heavy rains. At least nine people have lost their lives, and thousands were seen scrambling for shelter in Oman and neighbouring Iran. The cyclone which started with winds hauling between 120 and 150 km/h was later downgraded to a storm as it hit the land, as reported by BBC.

Severe Cyclonic Storm #Shaheen is expected to make landfall west of #Muscat, the capital of #Oman in the coming few hours. This will be the first cyclone to make landfall on this part of the northern coast of Oman since a deadly cyclone in the year 1890. pic.twitter.com/BNlrkexoNy

Historic landfall expected. Cyclone #Shaheen is about to strike Oman hard where no recorded cyclone has struck before, especially with this intensity.

Bizarre looking at a cyclone with an eye feature surrounded by desert. pic.twitter.com/F3ThRLh19O

#Oman is a great country with a strong and united people. #Shaheen pic.twitter.com/EXGs7H26ox

In Oman, authorities have evacuated people living in coastal areas, placing more than 2,700 residents of Al Qurm in emergency shelters. Local media reported that three people including a child had died in floods even before the storm hit the coast. Since yesterday, the country capital Muscat has been partially flooded prompting authorities to halt airport operations.

READ | Cyclone Gulab & Shaheen: All you need to know about how tropical cyclones get their names

In Iran, authorities said that the Shaheen annihilated electrical facilities and roads, putting the Islamic republic to a temporary halt. It is imperative to note that out of the nine fatalities, six are reported to have been killed in Iranian province of Sistan-Baluchestan. As a precautionary measure, residents in the city of Al Ain, the UAE have been asked to work from home on Monday (4 October) and avoid leaving home except for emergencies.

On Monday, the India Meterological Department (IMD) said that the storm had weakened at 8:30 am. It further added that Shaeen is expected to move west-Southwards and weaken into a depression during next 12 hours.

"Yesterday’s Severe Cyclonic Storm “Shaheen” over northwest Arabian Sea continued to move west-northwestwards until the mid-night of yesterday, the 2 nd October 2021. Thereafter it started moving westwards for some time and subsequently re-curved west-southwestwards since the early morning of today, the 3 rd October. Continuing to move further west-southwestwards, it lay centred at 0830 hrs IST of today, the 3rd October, 2021 over Gulf of Oman & adjoining northwest Arabian Sea, near latitude 24.2°N and longitude 59.0°E, about 1050 km west-northwest of Devbhoomi Dwarka (Gujarat), 200 km west-southwest of Chabahar Port (Iran) and 90 km northeast of Muscat (Oman)," IMD said in its latest press release on Monday.

WE RECOMMEND
Cyclone Gulab & Shaheen: All you need to know about how tropical cyclones get their names
Oman streets flooded as Cyclone Shaheen approaches
Deep depression intensifies into Cyclone Shaheen; to move away from Indian coast: IMD
Pakistan: At least 70 Karachi fishing boats missing at sea amid tropical cyclone warning
Alia Bhatt’s sister Shaheen shares unseen picture of Ranbir Kapoor on his birthday