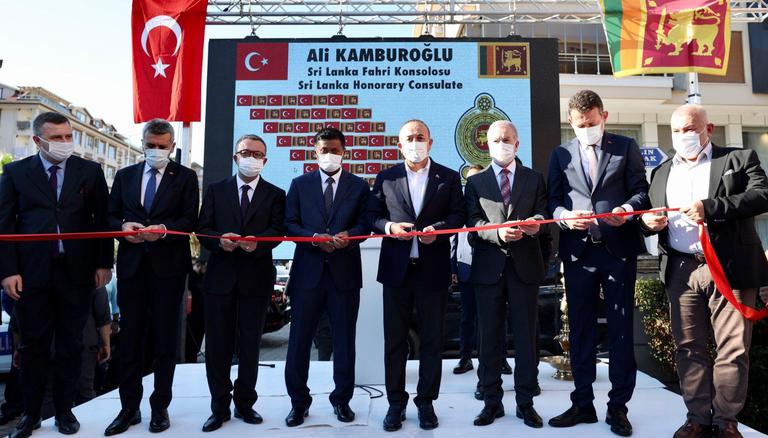 
The Turkish foreign minister Mevlut Cavusoglu inaugurated a new consulate in Sri Lanka, highlighting Turkey's intention to promote cooperation in the economy, culture, and education. Turkish Foreign Minister Mevlut Cavusoglu stated that Turkey aims to develop holistic connections with Asia, which has emerged as the centre of global economic power, according to the Anadolu Agency. The FM's Twitter announcement, after being translated, read, 'Today #SriLanka We opened the Alanya Office of the Honorary Consulate of Antalya. Honorary Consul Ali Kamburoğlu will contribute to our bilateral relations.'

Cavusoglu emphasised the importance of honorary consulates in diplomatic engagements, citing the Ottoman Empire's establishment of the first Turkish diplomatic contact with Sri Lanka in 1864, according to Anadolu Agency. He spoke about the two countries' expanding bilateral ties, saying that they have become stronger since the 2004 tsunami, following which President Recep Tayyip Erdogan paid a visit to the country. He went on to say that after Sri Lanka won independence in 1948, Turkey was one of the first countries to be recognised as a country in the subcontinent. The foreign minister also discussed the country's financial links with Lanka, stating that the two countries had set a target of half a billion dollars, but the current amount stands at around USD102 million in the first half of 2021.

'Economic connections based on "specialised products" would be unsustainable'

According to the agency, Cavusoglu suggested that maintaining economic connections based on "specialised products" would be unsustainable. He also advised that the health and tourism industries incorporate and study the relationships. 'Turkey will further develop our cooperation with friendly Sri Lanka in the framework of our Asia Anew Initiative,' Cavusoglu said in a tweet.

Will further develop our cooperation with friendly Sri Lanka in the framework of our #AsiaAnew Initiative. 🇹🇷🇱🇰 pic.twitter.com/6ntkX1c6eQ

Sri Lanka's Ambassador to Turkey Mohamed Rizvi Hassen was quoted as saying by Anadolu Agency, "Your generous gesture toward Sri Lanka reflects our two countries’ historical brotherly relations. I must say Turkey is a true friend." According to the agency, the SL ambassador further stated that, by launching the consulate, Sri Lanka hopes to increase trade, investment, tourist, and cultural contacts, as well as people-to-people contact with this Turkey. The Antalya region offers numerous prospects that might unite the Sri Lankan business community. The initiative to open this office provides an opportunity to investigate unexplored prospects in Antalya for the benefit of the people of Turkey and Sri Lanka.