Refugee influx from Afghanistan has fuelled also worries for EU about another crisis similar to 2015 flow of irregular Syrian migrants via Turkey to Europe. 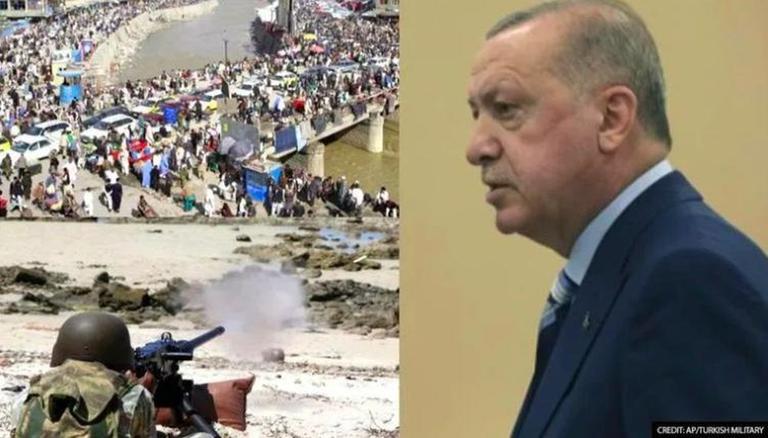 
As the refugee crisis from Afghanistan to the neighbouring countries intensifies, Turkish Foreign Minister Mevlut Cavusoglu on Sunday stressed that Turkey is in no position to bear the burden of a new migrant wave from Afghanistan. Speaking alongside his German counterpart, Foreign Minister Heiko Maas, at a joint press conference, Cavusoglu said, “As Turkey, we have sufficiently carried out our moral and humanitarian responsibilities regarding migration.” “It is out of the question for us to take an additional refugee burden,” the Turkish Foreign Minister added.

The refugee influx from Afghanistan has fuelled worries for the European Union about another potential refugee crisis similar to the 2015 flow of irregular Syrian migration via Turkey to Europe. The bloc and the Middle Eastern nation reached an EU-Turkey Joint Action Plan to stop the asylum seekers arriving from Turkey to the Greek islands and ultimately into the EU. Approximately 3.6 million refugees entered Turkey since the beginning of the civil war in Syria in 2011, the highest number ever in the region, the European Parliament revealed in a document, adding that the ever-increasing Syrian refugee presence resulted in heightened social tensions in Turkey.

Some of the leading Turkish politicians also regarded refugees as a security threat and the Turkish military in 2019 started the ‘Operation Peace Spring’ in north-east Syria, with the aim of containing the Kurds and creating a 'safe zone' to which Syrian refugees could return. As many as 3.7 million Syrian refugees have been hosted by Turkey, including the 300,000 Afghans. 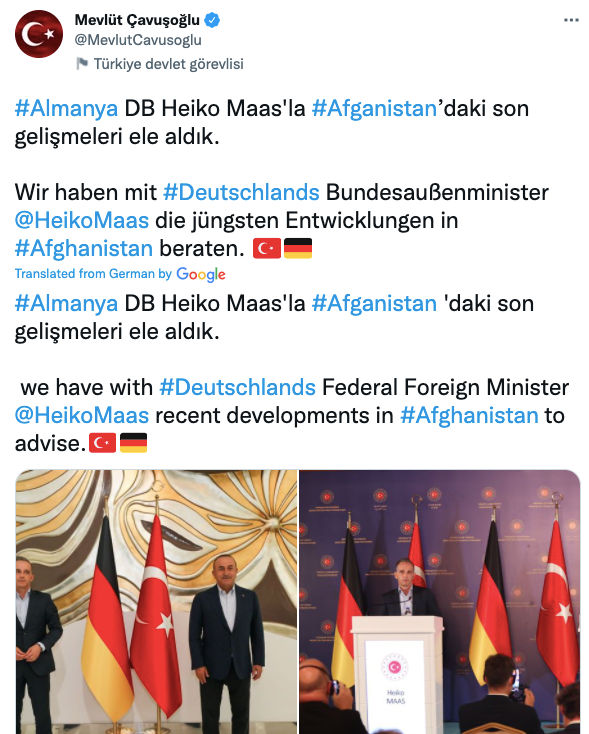 Now to stem the new refugee influx from Afghanistan, which Turkey fears will turn into another burdensome ordeal like the Syrian refugee crisis, the country has reinforced measures along its eastern border. German Foreign Minister Heiko Maas meanwhile echoed similar sentiments as he thanked Turkey for offering assistance for troop deployment to run Kabul airport after NATO’s withdrawal. “It is in our own interests to ensure that the collapse in Afghanistan does not destabilize the entire region,” Maas, who is on a trip to  Turkey, Uzbekistan, Tajikistan, Pakistan, and Qatar to discuss the Afghanistan crisis, said in a statement on Sunday. 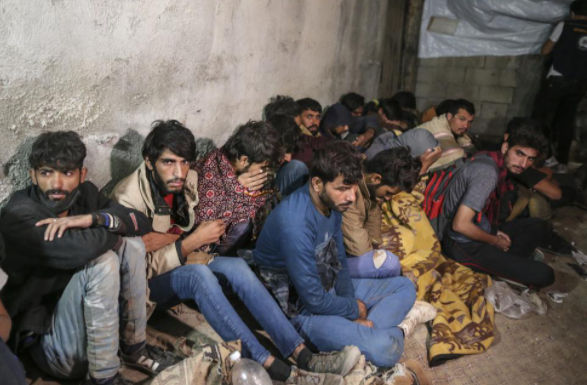 [Turkish security forces apprehend a group of migrants in an operation aimed at stemming the recent influx of migration, mainly coming from Afghanistan, and stopping human trafficking operations in the area at the border province of Van, Turkey. Credit: AP] 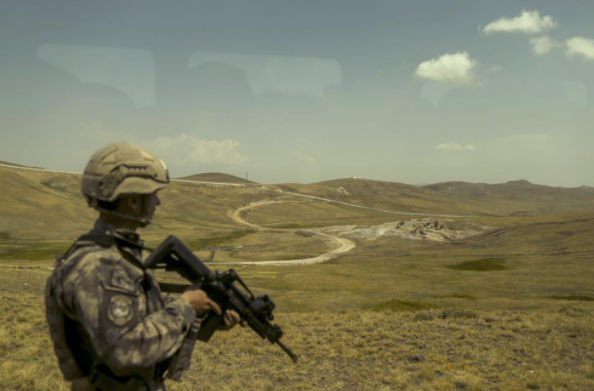 Turkish President Recep Tayyip Erdoğan had earlier stated that Turkey “does not, and will not, serve as any country’s waiting room.” Erdogan’s communications director Fahrettin Altun made clear in an interview with a local press outlet that Turkey “will continue to do everything in our power to preserve the safety of our borders.”  Turkey had dispatched soldiers to completely seal the border with Iran to curb the potential exodus of the undocumented Afghan immigrants escaping the Talibani government. 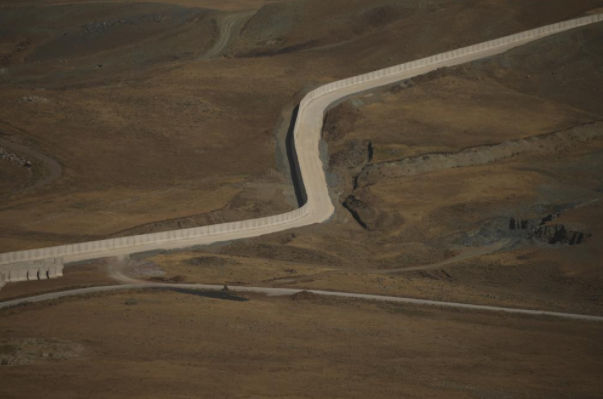 [A wall stands along the frontier between Turkey and Iran, in Van Province, eastern Turkey. Haunted by a 2015 migration crisis fueled by the Syrian war, European leaders desperately want to avoid another large-scale influx of migrants and refugees from Afghanistan. AP Photo/Emrah Gurel]

As the Afghan refugees fleeing the Taliban reprisal made it at the rugged border of Turkey via Iran, they were met with a three-meter-high concrete border wall, built on orders of the Turkish President to squash the potential refugee influx. Turkish authorities told local press reporters that the security forces curbed the passage of at least 69 thousand illegal immigrants, and they also detained 904 human trafficking suspects. 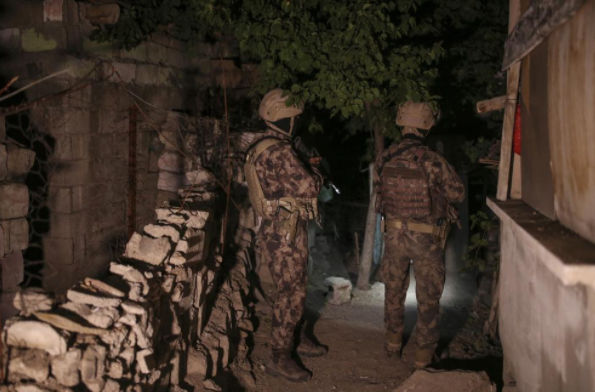 [Turkish security forces prepare to apprehend a group of migrants in an operation aimed at stemming the recent influx of migration, mainly coming from Afghanistan, and stopping human trafficking operations in the area at the border province of Van, Turkey. Credit: AP]