Pakistan has been left embarrassed at the UNSC once again. In a letter written to the United Nations Security Council (UNSC) dated August 22, Afghanistan raised the issue of 'continued violations of its territory by military forces of Pakistan government'. The letter has been written by Adela Raz, who is the Permanent Representative of Afghanistan to the United Nations, to UNSC President Joanna Wronecka. In the letter, Adela Raz has exposed Pakistan and raised concerns over the violations by the country which are in the form of shelling of districts in eastern parts of Afghanistan, construction of military posts and barriers on Afghan territory and violation of Afghan air-space by Pak military aircrafts.

Afghanistan also stated that the attacks by Pakistan have resulted in the destruction of residential property and displacement of local population, which has suffered greatly as a result of the latest violations. The Afghanistan Permanent Representative to the UN, in the letter, added that there had been continuous communications and appeals made to Pakistan government, bilaterally and through other measures with respect to the violation by Pakistani military forces of the Afghan territory. Condemning the actions of Pakistan, Afghanistan government sought the UNSC to take necessary measures and actions to bring about an end to the violations. 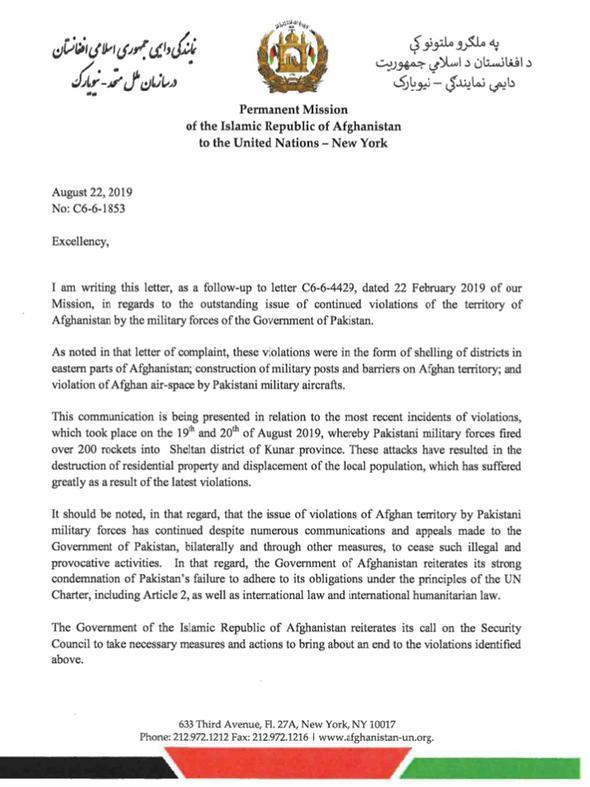 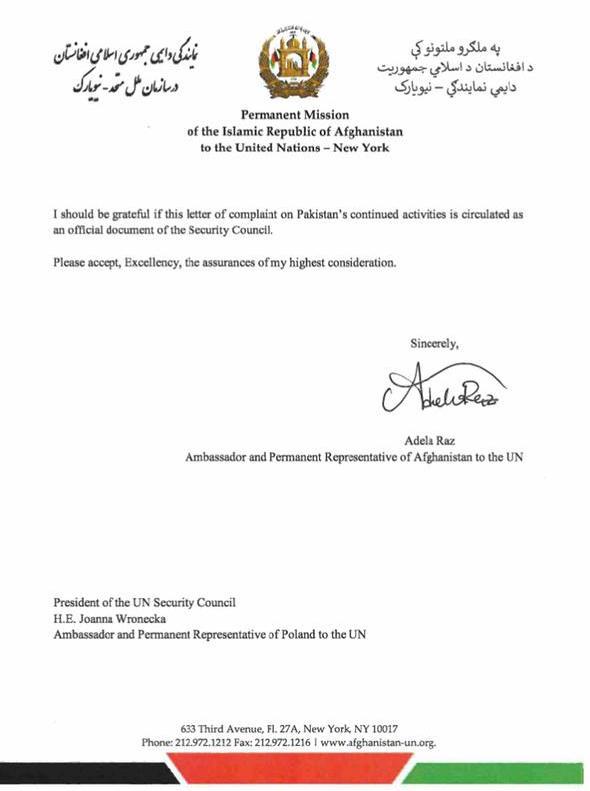 Afghanistan's president on August 19 vowed to "eliminate" all safe havens of the Islamic State group as the country marked a subdued 100th Independence Day after a horrific wedding attack claimed by the local IS affiliate. More than 32,000 civilians in Afghanistan have been killed in the past decade, the United Nations said earlier this year. Afghan President Ashraf Ghani asserted that safe havens for militants are across the border in Pakistan, whose intelligence service has long been accused of supporting the Taliban. The IS affiliate's claim of the wedding attack said it was carried out by a Pakistani fighter seeking martyrdom. Last month after meeting with President Donald Trump, Pakistan's Prime Minister Imran Khan insisted he will do his best to persuade the Taliban to open negotiations with the Afghan government to resolve the war.