Amid the fight between the ANDSF and the Taliban, the country's leadership is also engaged in a war of words with its neighbour, Pakistan. 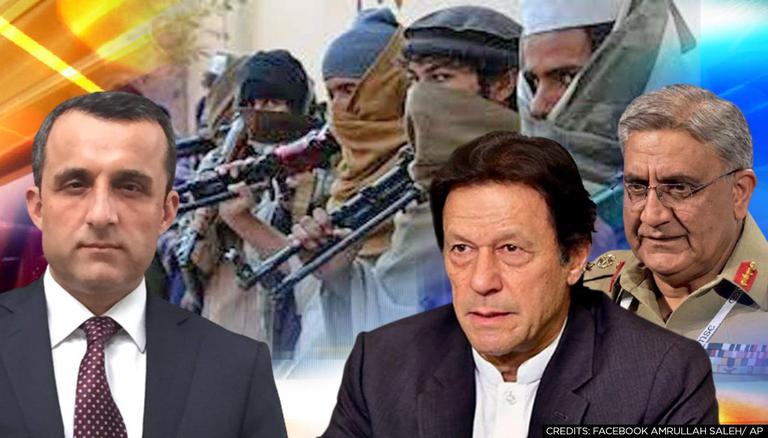 
As the Taliban continues its military offensive across Afghanistan, the insurgent group has captured swathes across the country. Amid the fight between the Afghan National Defense and Security Forces (ANDSF) and the Taliban, the country's leadership is also engaged in a war of words with its neighbour, Pakistan. Afghanistan's Vice-president Amrullah Saleh has repeatedly hit out at Pakistan as ties between the two countries remain severed.

Taking to Twitter, Saleh revealed that the Taliban which is fighting the Afghan National Forces has been sustaining the war because of Pakistan. He further informed that the Taliban sustain the war through Pakistan's General Headquarters (GHQ) and Inter-Services Intelligence (ISI) supply trail.

Saleh has stated that an alliance comprising of Talibs, LeT, Al-Qaeda and Madrasa volunteers use the GHQ and ISI trail to infiltrate the country.  The Afghanistan vice president has exuded confidence that without Pakistan's assistance and the GHQ/ISI trail, the Taliban stands a chance to lose. In addition, he also confirmed that the ANDSF have lost equipment but not ammo depots.

How the Talibs sustain the war? They sustain it through GHQ/ISI supply trail. An alliance of Talibs, LeT, Al-Qaeda & Madrasa volunteers use the trail to infiltrate. Without this trail Talibs will lose it in a matter of weeks. ANDS has lost equipment but NOT ammo depots. None.

Earlier on Wednesday, Saleh in his bid to counter and silence 'Pakistani Twitter attackers' dragged India in the matter. Saleh shared the historic picture of 1971 post-war where Pakistan had surrendered to the Indian Army. Saleh tweeted out the December 16 picture where two rival military commanders from India and Pakistan - General Niazi and General Aurora are seated at a table and signing the Declaration of Independence of Bangladesh document. Taking a dig at its neighbour, Afghanistan remarked how Pakistan had lost half of its country, forces in the east and had to publicly surrender to India.

We don't have such a picture in our history and won't ever have. Yes, yesterday I flinched for a friction of a second as a rocket flew above & landed few meters away. Dear Pak twitter attackers, Talibn & terrorism won't heal the trauma of this picture. Find other ways. pic.twitter.com/lwm6UyVpoh

The rivalry between the two neighbours escalated following the withdrawal of the US and NATO troops from Afghanistan. The Taliban since then have been capturing major parts of the country, including border areas with other neighbouring countries. The Afghanistan government has been alleging that Pakistan is aiding the Taliban forces. However, Pakistan has repeatedly denied the allegations. Tension surges after the July 16 kidnapping of Afghanistan's envoy to Pakistan Najib Alikhail's 26-year-old daughter Silsila Alikhil. Reports stated that Alikhail was released after 6 hours from Islamabad after she was severely tortured. In addition, Afganistan had also called back its envoys from Pakistan after the kidnapping.