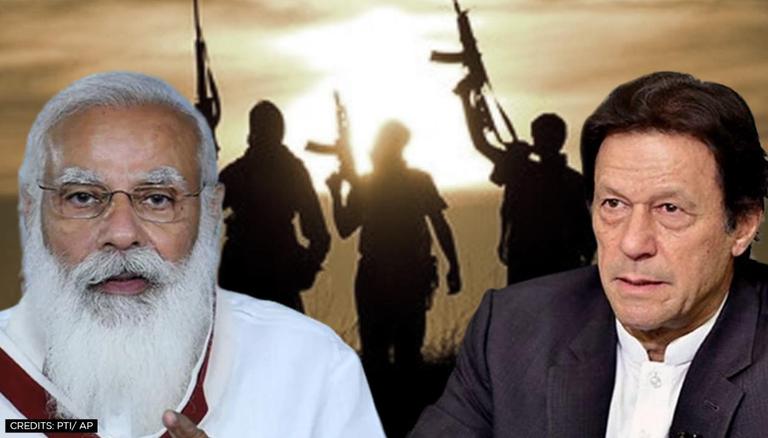 
In a bizarre attack on India, Pakistan Foreign Ministry on Monday, blamed India for 'politicising the Financial Action Task Force's (FATF) and undermining the process'. Taking umbrage to Union External Affairs Minister S Jaishankar's comments, Pakistan claimed that India has no 'left no stone unturned in casting doubts on Pakistan’s progress through disgraceful means'. Pakistan, which is currently on the FATF Grey list, questioned India's position as co-chair of the Joint Group at FATF, asking the watchdog to look into it.

Pakistan has always been highlighting the politicization of FATF & undermining of its processes by India. The recent statement by Indian EAM is further corroboration of India’s continued efforts to use an important technical forum for its political designs against Pakistan. 1/3 pic.twitter.com/4HYAnkcSpJ

Pakistan's reaction is in response to Jaishankar's remarks that the Modi govt had ensured Pakistan’s inclusion in FATF grey list. At a virtual address to BJP leaders on govt's foreign policy on Sunday, Jaishankar credited the government's efforts on global forums for imposing sanctions on terrorists from Jaish and LeT.  Jaishankar lauded the efforts of PM Modi to ensure threats pertaining to terrorism is highlighted in global platforms through the G7 or G20.

"Due to us, Pakistan is under the lens of FATF and it was kept on the grey list. We have been successful in pressurizing Pakistan and the fact that Pakistan's behaviour has changed is because of pressure put by India by various measures. Also, terrorists from LeT and Jaish, India's efforts through UN, have come under sanctions," Jaishankar said adding, "PM's personal efforts made on forums like G20 or G7 made nations realise that terrorism is everyone's problem".

In June,  FATF retained Pakistan on its 'grey list' for failing to check money laundering, leading to terror financing, and asked Islamabad to investigate and prosecute senior leaders and commanders of UN-designated terror groups, including Hafiz Saeed and Masood Azhar. It also asked Pakistan to work to address its strategically-important deficiencies. Pakistan has said that it will implement the new action plan given by the FATF within 12 months.

Earlier, Pakistan Foreign Minister Shah Mahmood Qureshi said that given the progress made by the country, the FATF had no justification to keep the country on its grey list."We had been given 27 points in the FATF Action Plan, out of which work on 26 has been completed," Qureshi said. FATF has asked Pakistan to take action against UN-designated terrorists, which include JeM chief Azhar, LeT founder Saeed and its 'operational commander' Zakiur Rehman Lakhvi. Pakistan has been on the FATF’s grey list for deficiencies in its counter-terror financing and anti-money laundering regimes since June 2018.