In an unprecedented step, Pakistan’s Imran Khan Government on Friday imposed a complete ban on social media platforms including WhatsApp and Twitter amid mounting protests by supporters of Islamist terror outfit Tehreek-i-Labbaik Pakistan (TLP). Social media websites such as WhatsApp, Twitter, Telegram, TikTok and YouTube have been temporarily suspended across the country from 11 am to 4 pm, in light of the deadly protests that have unleashed on the streets after the ban on the radical religious organisation - TLP. 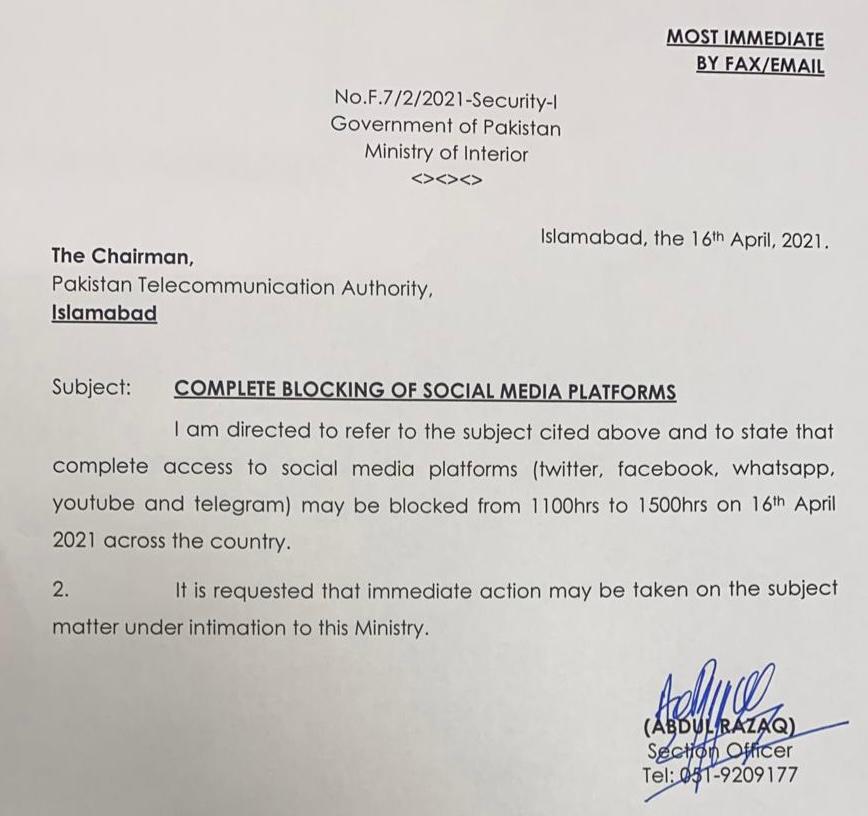 On Wednesday, Pakistan Interior Minister Sheikh Rashid Ahmed announced the government’s decision to ban TLP, in an attempt to quell the demonstrations demanding the expulsion of the French Ambassador and French products in the country. The violence however escalated after the arrest of Islamist party leader Saad Hussain Rizvi with scores of protestors swarming the streets across all major cities, including Lahore and Rawalpindi. Visuals of the protests have been doing rounds on social media with users likening the situation to a ‘war’ within Pakistan.

The ban on the radical organisation came after Pakistan’s law enforcement agencies and officials began to clear TLP activists from blocking major roads but the violence refused to die down. Stating that the TLP workers stopped ambulances from reaching their destinations and impeded the transport of oxygen cylinders of COVID-19 patients, the Pakistan Minister called upon TLP members "who are running the media" to surrender.

He also said that the TLP members were mistaken in their belief that they could create problems for the government through social media. "We want a document that exalts the flag of the Prophet (PBUH), but what you are demanding gives an impression of us being an extremist-minded state to the world," he told the TLP leadership.

What is the situation in Pakistan?

Strong anti-French sentiments have been simmering in Pakistan for months ever since French President Emmanuel Macron in October 2020 defended the publication of caricatures of Prophet Muhammad and pledged to fight “Islamist separatism”.

Earlier this week, TLP supporters took to the streets to launch a violent protest, forcing the Imran Khan-led government to expel the French ambassador and ban French products in the country. The Imran Khan government retaliated by detaining TLP leader Saad Rizvi and on Wednesday announced a ban on his party.

The decision however backfired as Rizvi’s arrest further intensified the protest and his supporters disrupted traffic by staging sit-ins on highways and later blocked roads in major cities including Karachi and Rawalpindi.