A pair of rare Persian leopard has been spotted in Quetta in Pakistan. The Balochistan Department of Forests and Wildlife has shared the picture on Facebook. 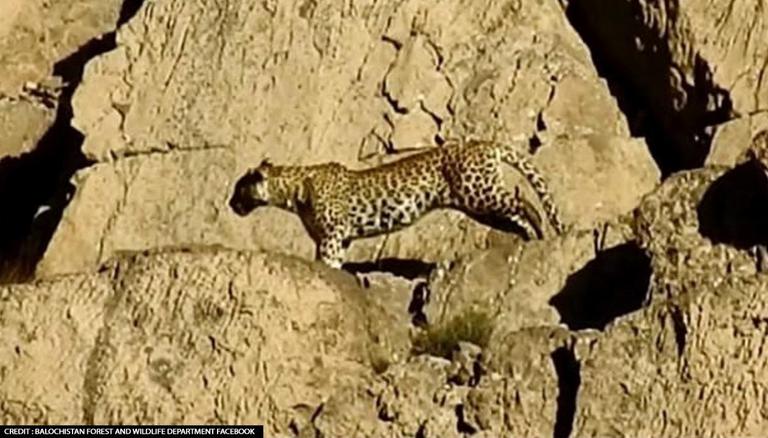 
A pair of rare Persian leopard has been spotted in Quetta, the capital of Balochistan in Pakistan. The Balochistan Department of Forests and Wildlife has shared the picture of the the rare species on Facebook. The pair of Persian leopard were reportedly sighted few months ago by the forest guards. The forest officials then started the search for the animals and were successful in capturing the rare species on camera in mountainous area of Chiltan range. These rare species of leopards have habitat mostly in Iran to Central Asia and Balochistan.

As per local reports, the endangered pair of leopards were sighted by the Forest Department  officials six months ago at Chilton Park. The team of forest guards had started to search the rare species and have succeeded to capture it on camera this month. Sharifuddin Baloch, Chief Conservator of Forests told BBC Urdu that these leopards have become in some parts of the world. He further added that they are trying to protect the rare species. The Persian Leopard is one of the sub species of leopard and International Union for Conservation of Nature(IUCN) has listed it among the endangered species.

Meanwhile, a leopard at a zoo in Philadelphia caught the internet’s attention after it was seen playing with the ‘cat plush toy’ during the zoo’s organized ‘Play Date’. The footage was shared out of the Philly zoo’s Instagram account. In the now-viral clip a child clad in a pink hoodie was seen playing with the ferocious cat from the other side of the glass enclosure. The zoo leopard, in the heart-melting clip, responds to the child as it pretends to put up a fight with the toy cat by scratching its paws on the glass wall each time the kid gestures movements. “I love how they stop playing when the child stops moving it! This is so adorable,” one said, admiring the clip.