Roots Of Chaos In Pakistan: The Weak Organisation Of Muslim League And Mirza's Mistake

Pakistan is in political turmoil again. The turmoil began when Pakistan's PM Imran Khan Niazi was ousted from power after losing a no-confidence motion. 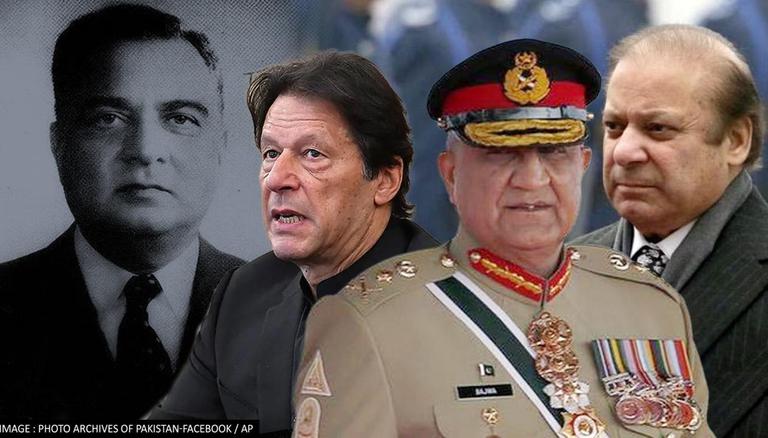 
Pakistan is in political turmoil again. The turmoil began when Pakistan PM Imran Khan Niazi was ousted from power after losing a no-confidence motion in Pakistan's national assembly. Imran Khan claimed that his ouster was organised by the US, although he did not provide any evidence for his claim. The chaos escalated when Pakistan's election commission disqualified Imran Khan from the National Assembly, under the Toshakhana case. Khan started a 'long march', to demand snap elections and whilst he was leading a rally in Wazirabad, someone attempted to assassinate him. The former PM of Pakistan, Imran Khan, has blamed the DG of ISI Faiz Hameed and the current PM Shehbaz Sharif, who is former PM Nawaz Sharif's brother, for the assassination attempt.

A report from Wilson Center, a think tank in Washington DC, highlights the fact that Pakistan has never had a Prime Minister who has managed to complete his five-year term. This fact shines forth a light on the stillborn nature of Pakistan's democracy, in contrast to India's resilient democracy where the will of the people was upended only once, during the emergency imposed by Indira Gandhi. To understand why no Pakistan PM has never managed to complete a five-year term, why Pakistan did not develop into a stable democracy, it is crucial to focus on Pakistan's army, as Pakistani's army is the variable that has an outsized impact on Pakistan's polity.

In India, the centre of gravity, of political power, lies in the hands of civilian politicians who are elected by people and in principle accountable to people. In Pakistan, civilian polticians never managed to become the centre of gravtity because unlike the Indian National Congress, which had deep organisational roots in India, the Muslim League, did not have deep organisational roots in Sindh, Balochistan, Western Punjab and NWFP (North West Frontier Province). This created a vacuum which allowed the Pakistani army to develop its own connection with the people. In India, Nehru never allowed that as he instilled numerous policies, such as not allowing senior military officers to make speeches, to make India 'coup proof'.

Perception of partition in Pakistan

In the absence of any strong bond with civilian politicians, the Pakistani Army seized the opportunity of developing a bond with the populace and as a result, gained legitimacy from the people that allowed them to take over reins of the government. To understand the bond between Pakistan's army and populace, one must consider how Pakistanis perceived the partition. The partition was not a victory, in the phenomenological experience of Pakistanis, but 'betrayal'.

To people who were sympathetic to the idea of Pakistan, this was a sign of 'clear betrayal'. When the first Indo-Pakistan war over Kashmir began in 1947, the Pakistani army managed to occupy nearly all of north western Kashmir, which is 40% of Kashmir. The ability of Pakistan's army to occupy so much land, despite having less military resources at its disposal, led to a deep amount of respect and admiration for Pakistan's army, which almost amounted to deification. Since that time, not even a single PM of Pakistan has managed to complete their term.

According to the biography From Plassey to Pakistan: The Family History of Iskander Mirza, soon, General Ayub Khan grew dissatisfied with Mirza's policies and ousted Mirza, appointing himself a 5-star field marshal. Just a week after declaring martial law, Mirza realised what he had done. General Ayub Khan had come to the conclusion that without the army's support, Mirza cannot stay in power. In an interview to Pakistani daily Dawn, Mirza said, "I didn't mean to do it.... The martial law would be for the shortest possible duration until the new elections....".

General Ayub Khan sent a military unit to the Presidential palace, with the goal of sending Mirza to exile. The military unit entered the palace at midnight. The military unit told Mirza that a flight is waiting for him, he needs to get on it. The flight took Mirza to London and he spent the rest of his life in London, in poverty. Mirza had to start his own eating joint, to earn some money.

On his deathbed, he reportedly said to his wife, "I cannot afford this treatment, just let me die". Since that time, the true reins of power in Pakistan have rested in the hands of the military, whether it be by direct rule, like during Ayub's rule or Musharraf's rule, or indirect rule. Imran Khan recently disclosed that his ties with Pakistan's Army General Bajwa soured after differences between them with regard to who should become Chief Minister of Pakistan's Punjab. Many scholars of Pakistan have pointed out - in Pakistan, prime ministers are appointed by the military and ousted by the military, according to the military's convenience, which is perhaps the reason why no Pakistani PM ever managed to complete their five-year term, in a stark contrast to India.