The Royal Swedish Academy announced on Thursday, 7 October that the Nobel Prize in Literature 2021 is awarded to Abdulrazak Gurnah 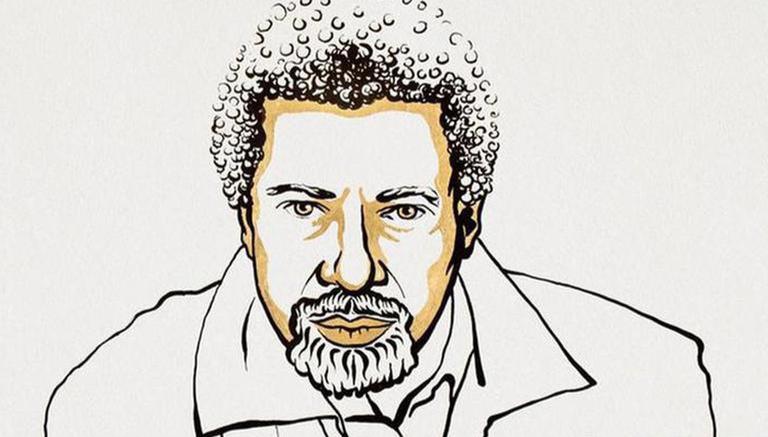 
Abdulrazak Gurnah, who recently won the Nobel Prize in Literature 2021, revealed on Thursday, 7 October that he thought the call from the academy’s official to deliver the news was a “prank.” The official account of the Nobel Prize released a 5-minute-long clip of an interview with Gurnah, in which the laureate can be heard explaining how he received the news and elaborated on the value that refugees can bring to the country. He also said that winning the prize “was not something in his mind at all.”

Gurnah said that he was eventually convinced about winning the prestigious award after the official talked to him calmly and mentioned the website when he realised it’s “real.” Further, while talking about the ongoing refugee crisis and division of cultures, the laureate said, “I don’t see these divisions are either permanent or somehow insurmountable or anything like that. People, of course, have been moving all over the world.”

Weighing in on the refugees across the globe and especially the Africans coming into Europe, Gurnah said, “They don’t come empty-handed, a lot of them are talented, energetic people who have something to give...So that may be another way of thinking about it,” before adding that sheltering refugees should not be seen as taking in ‘nothing.’ While talking about the ‘joy of writing’ and his work, the Nobel laureate joked saying, “Well, I feel joy when I finish” but added that it also about the “pleasure” of getting something across to the readers.

World exclusive: Listen to our interview with 2021 literature laureate Abdulrazak Gurnah on the value that refugees can bring to a country. #NobelPrize pic.twitter.com/AkejPuzVjo

The Swedish Academy announced on Thursday, 7 October that the Nobel Prize in Literature 2021 is awarded to Abdulrazak Gurnah "for his uncompromising and compassionate penetration of the effects of colonialism and the fate of the refugee in the gulf between cultures and continents." The 73-year-old author of 10 novels including well-renowned works such as ‘Paradise’ and ‘Desertion,’ received 10 million Swedish crowns ($1.14m / £840,000).

After getting the award, Gurnah said he was grateful to the academy. As per BBC, he added, “It's just great - it's just a big prize, and such a huge list of wonderful writers - I am still taking it in...It was such a complete surprise that I really had to wait until I heard it announced before I could believe it."

BREAKING NEWS:
The 2021 #NobelPrize in Literature is awarded to the novelist Abdulrazak Gurnah “for his uncompromising and compassionate penetration of the effects of colonialism and the fate of the refugee in the gulf between cultures and continents.” pic.twitter.com/zw2LBQSJ4j

Who is Abdulrazak Gurnah?

Born in 1948, Abdulrazak Gurnah mainly grew up on the island of Zanzibar in the Indian Ocean before arriving in England as a refugee at the end of the 1960s. Following the peaceful liberation from the UK’s colonial rule in December 1963, when Zanzibar went through a revolution under the regime of President Abeid Karume, it led to the oppression and persecution of citizens of Arab origin. However, Gurnah belonged to the victimised ethnic group and was forced to leave his family and his country, which was called the Republic of Tanzania. He was unable to return to Zanzibar until 1984.

Until his recent retirement, he has been the Professor of English and Postcolonial Literature at the University of Kent in Canterbury and he mainly focussed on writers including Wole Soyinka, Ngũgĩ wa Thiong’o and Salman Rushdie. In totality, he has published 10 novels along with short stories. The Royal Academy has noted that the theme of the refugee’s disruption runs throughout Gurnah’s work.

READ | Nobel Prize 2021 in Literature: What did novelist Abdulrazak Gurnah win laurel for?

“I just want to write as trustfully as I can, without trying to say something noble."

2021 #NobelPrize laureate in literature Abdulrazak Gurnah's dedication to truth and his aversion to simplification are striking.