42% Of North Korea's Population Was Malnourished Between 2018-20, FAO Report Says

A UN report released on November 5, revealed that 42% of North Koreans have been malnourished in last three years as the nation faces extreme food insecurity. 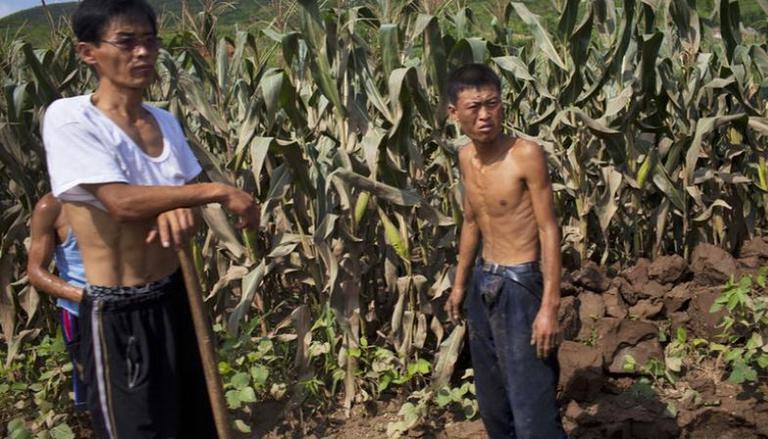 
A UN report released on November 5, Friday, revealed that 42% of North Koreans have been malnourished in the last three years as the nation faces extreme food insecurity due to prolonged pandemic and terrible weather conditions, exacerbated by international sanctions.

According to the report, "the economic constraints, particularly resulting from the global impact of the COVID-19 pandemic, have increased the population’s vulnerability to food insecurity."

The percentage is higher than the comparable rate of 33.8% in 2004-2006, but lower than the rate of 42.6% in 2017-2019. The UN has explained undernourishment as "habitual food consumption being insufficient to provide the dietary energy levels that are required to maintain a normal active and healthy life."

Somalia, Haiti, the Central African Republic, Yemen, and Madagascar are the only five nations that recorded a higher frequency of undernourishment than North Korea in the report. In the 2018-2020 timeframe, the average dietary energy supply of a North Korean was 2,075 calories per day, which was lower than the global average of 2,950 calories and South Korea's 3,465 calories.

The ratio is better from 29% in 2010, but it is still high when compared to the rest of the world. The FAO had predicted that North Korea would be short roughly 860,000 tonnes of food this year, which equates to about 2.3 months of food for the country. FAO included North Korea on its list of 44 countries in need of food aid in its most recent Crop Prospects & Food Situation report.

North Korea has been designated as a country with widespread lack of access to food, with a considerable part of the population suffering from low levels of food consumption and a lack of nutritional diversity.

North Korea has been suffering from chronic food insecurity for years, but the problem was exacerbated by last year's flooding, which devastated the country's farming economy. The COVID pandemic has further aggravated the country's food problem, as it relies on China for food and other commodities, but has banned all trade with its key partner in order to prevent the coronavirus from spreading.