A woman activist, Khalida Nawabi, has called on the international community for their support in preventing Pakistan's interference in Afghanistan. 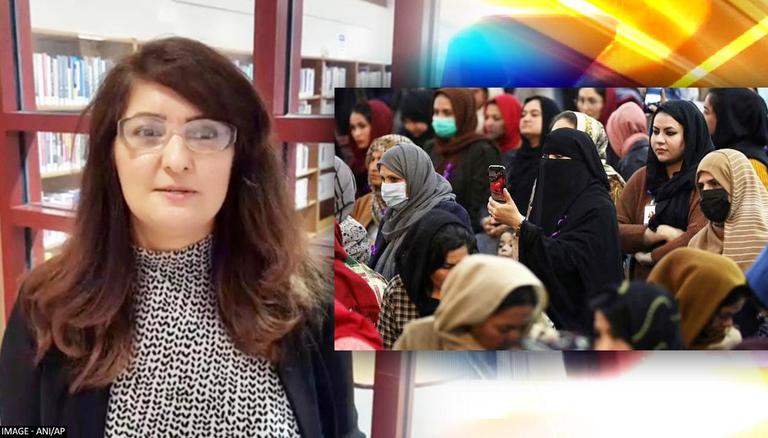 "Please support us to this resistance to stop this proxy war supported and sponsored by Pakistan's ISI. Otherwise, this Pakistan will destroy the peace for the region and the world will see the consequences worse than 9/11 and I confirm that and you will see. Wait and watch!," ANI quoted Khalida Nawabi as saying.

Khalida made the statement while participating with other Afghan women and child rights activists in a roundtable discussion on "Save Afghan Girls" on the 'International Day of the Girl Child' in Virginia, according to ANI. She mentioned that the International Day of Girl Child was celebrated every year in Afghanistan for years but not this year. During the discussion, the activists held Pakistan and its ISI and the Taliban responsible for the condition of women in the war-torn nation.

"October 11 (International Day of Girl Child) was celebrated in Afghanistan for years but not this year. This right has been taken away by the Taliban that is sponspored and supported by Pakistan and its ISI," ANI quoted Khalida Nawabi as saying.

The Afghan activists during the discussion blamed Pakistan and its ISI for supporting the Taliban in taking away the rights of Afghan women. Khalida stated that the Taliban was following the orders of Pakistan and its ISI. During the discussion, Khalida mentioned that the Pakistan government wants every right to be practised in its own country, but does not want the women of Afghanistan to have the right of going to school, work or participate in any social activity. She stated that they will fight for their rights and "kick them out from the region".

"Who the Taliban are taking orders from is, of course, Pakistan, its Inter-Services Intelligence(ISI), who promote them to let our Afghanistan reach such a situation, to ban woman, to stop the woman and to put them in a dark future and put our generations in dark so that they can rule over us, but they will not rule over us. No country in the world has the courage to rule over us. We will fight, resist and kick them out from the region", ANI quoted Khalida Nawabi as saying.

Dozens of women on Sunday. 10 October staged a protest in Afghanistan demanding social and political inclusion. The women demanded the inclusion of women in the caretaker government of the Taliban. Furthermore, the protestors stated that they will not stop their resistance until their role in the new government is not clarified, ANI reported citing a Tolo News report. A protestor stated that the Taliban has been saying that they will give rights to study and work to women but they "should show it in practice". Though the Taliban had promised to form an "inclusive" government to run Afghanistan, it announced an all-male 33-member caretaker Cabinet. The Taliban government did not include a single woman in the cabinet.