As the resistance force continues to fight fiercely in the Panjshir valley, and nearby areas, reports suggested that over 100 Taliban fighters were killed 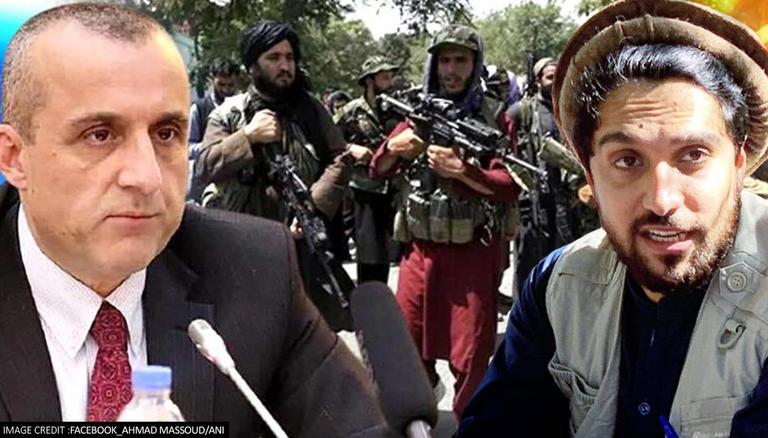 
As the resistance force continues to fight fiercely in the Panjshir valley and nearby areas, reports suggested that over 85 terrorists have been killed while seven others have been captured. In the battle in the Pul-e-Hesar district of Andarab, the resistance forces forced the terrorist group to retreat from several parts of the district, leaving behind dozens of their vehicles, arms and ammunition.

The resistance force said in a statement," We have killed 85 Talibs, and taken into custody 7 others. This is the exact number."

The development comes a couple of days after 'caretaker' President Amrullah Saleh asserted that the Taliban rule in the country 'won't last long.' Saleh, who is currently in Panjshir with Ahmad Massoud, supporting the anti-Taliban resistance said that the Taliban's Islamic Emirates was unacceptable to the people of Afghanistan and that the unacceptability will lead to a 'deep military crisis' for the Taliban, not just in Panjshir but other parts of the country as well.

Meanwhile, in the ongoing negotiations between the Taliban and the resistance force, the unacceptability of the rule of Taliban's Islamic Emirates has been put forth, and autonomy for Afghanistan, and the country's national flag hoisted are sought. Talking about the points, Amrullah Saleh had vividly stated, "If they don't agree to these conditions and choose to take the military path, then we too are prepared."

It is pertinent to mention here that the resistance force has already started preparing to face the Taliban militarily. The resistance forces are recruiting young fighters from Kapisa, Parwan, and other provinces who are being trained by commanders of the Afghan Army in the Saricha area of Panjshir. They are being taught how to use arms and ammunition.

"We must get ready to defend our country. We are now under the invasion of fascist forces. We must find ways to fight them," an official from the training camp said to Republic Media Network, underling that they are forming new brigades."  Since in the past Taliban used to say that we used to work for the Americans, now we are standing for our own nation. We are now defending our own motherland," the officials of the resistance forces further said.

After months of offensive, the Taliban took over Kabul on August 15 after major cities like Kandahar, Herat, Mazar-e-Sharif, Jalalabad, and Lashkar Gah fell without resistance. This was followed by a withdrawal of US and NATO troops after 20 years from war-torn Afghanistan. As the Taliban breached Kabul, Ashraf Ghani, the democratically elected President fled from the country with some other officials.

Soon after the terrorist group took over Kabul, chaos erupted as thousands have swarmed Kabul's Hamid Karzai International Airport in a bid to flee from the Taliban's rule. US President Joe Biden has defended his decision of withdrawing troops from the war-torn country. The Taliban is now in talks with ex-Presidents Hamid Karzai and Abdullah Abdullah for a 'peaceful power transition'. Evacuation of Afghans and other nationals is underway from Kabul airport which is under US troops' control.