A massive explosion was reported in the vicinity of the Russian Embassy in Afghanistan's national capital, Kabul on Monday, reported Russian news agency Sputnik 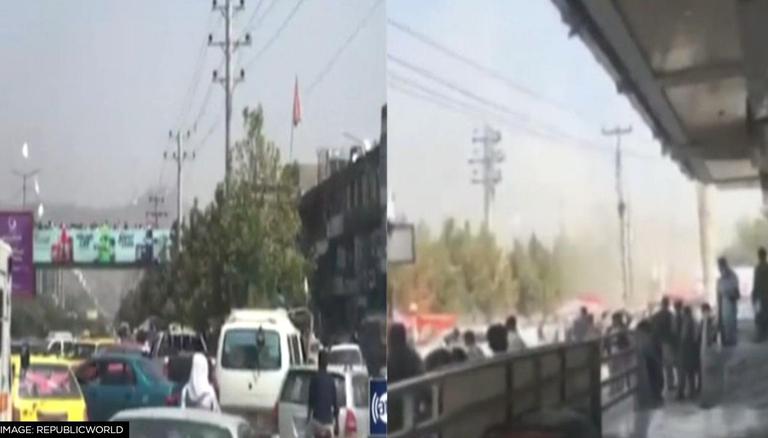 
A massive explosion was reported in the vicinity of the Russian Embassy in Afghanistan's national capital, Kabul on Monday, according to Russian news agency Sputnik. Russian embassy says, two of its embassy staff have died in the blast. Media reports have also suggested that it was a suicide blast. As per reports, at least 15-20 people have died in the blast.

#LIVE: Blast outside Russian Embassy in Kabul; video of the moment of the explosion out. Tune in to watch here - https://t.co/pfCuCEcdQC pic.twitter.com/0uFZYtmsAZ

On Friday, a prominent Afghan cleric was among the people killed in a blast that rocked a mosque in Herat province, officials said. The blast happened during the Friday prayers inside the mosque, TOLO News reported. Earlier last month, a major explosion happened in a mosque, resulting in the killing of two and the injury of more than 30. In 2016, a bomb exploded close to the Russian Embassy. During the incident, at least 2 people were killed and more than 20 were injured.

It is worth mentioning that the country has been witnessing back-to-back bomb blasts after the Taliban took over Afghanistan in mid-August last year. As per media reports, the number of deaths in the country was higher during former President Ashraf Ghani's reign but the number of blasts was lesser under his regime. The report said that the bomb blast in the capital has become a new normal in the Taliban regime.

Last year, a series of deadly bomb blasts took place in which more than 60 people lost their lives while praying at Imam Bargah-e-Fatima Mosque. Earlier, a Shiite mosque was targeted by a massive explosion that severely injured over 83 people. ISIS-K, which has been contesting the Taliban for power in Afghanistan, later claimed responsibility for the attack. In the aftermath of the attack, the United Nations Security Council (UNSC) condemned the incident and highlighted the need to bring the killers to justice.

READ | 'Catastrophe': Russia asks US to admit its military effort in Afghanistan was 'failure'

READ | Russia targets US over financial support for Afghanistan; 'It is you who must pay...'
READ | Afghan medic says 18 killed, 21 wounded in mosque blast
First Published: 5th September, 2022 12:52 IST
SUBSCRIBE TO US