The United Nation's FAO representative in Afghanistan found that most of the cultivators had abandoned their land and were crushed under the mounting debts. 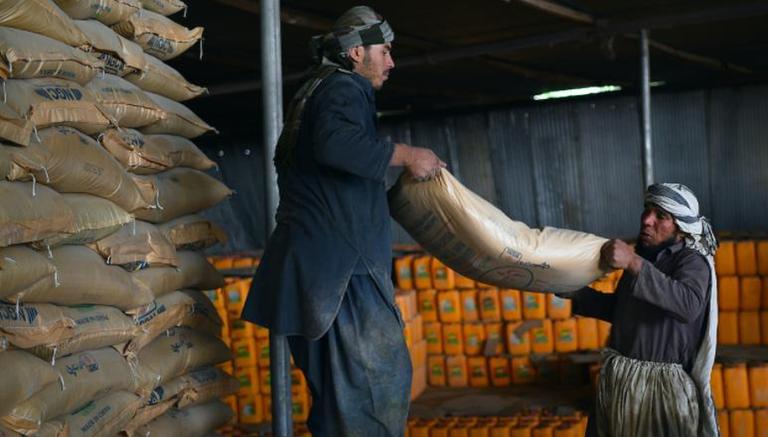 
A new UN report has highlighted the worsening humanitarian crisis in Afghanistan and warned that the country is on the brink of a hunger catastrophe. In conversation with NPR's Audie Cornish, United Nations agency Food and Agriculture Organization's  representative in Afghanistan, Richard Trenchard cited a recent report released by the UN as he said that nearly 19 million Afghans, approximately half of Afghanistan’s population, are now facing acute food insecurity. He then went on to elaborate that the humanitarian crisis was flared by the drought that ravaged the central Asian country, last year.

The director of the UN Food and Agriculture Organization in Afghanistan visited the farmers and herders in western Afghanistan on Tuesday and found that most of the cultivators had abandoned their land and were crushed under the mounting debts.

Further highlighting the country’s worsening food crisis, Trenchard stated that over the past couple of months the situation has spiralled into a more grim one coupled with the economic turmoil due to the coronavirus pandemic.  The economic woe has resulted in an acute and total liquidity crisis, the UN official stressed, adding that the suspension of the development aid also had a role to play in the overall misery for the Afghans. Several vital services related to health and education have come to a halt due to a lack of monetary funding, which has exacerbated into a full-blown ‘national crisis,’ Trenchard emphasised.

The Taliban-led government in Afghanistan had earlier stressed that it was ready to take "every legal step possible" in a bid to lift the US freeze on assets of the Afghan central bank, Taliban spokesperson Suhail Shaheen told Afghan reporters. "I think they should lift the freeze, it is the money of the people of Afghanistan and we have a lot of economic problems, because of that, this freeze is against the people of Afghanistan. There is a need for that. The new government will take every legal action possible," Sputnik quoted the Taliban spokesperson as saying.

Meanwhile, Pakistan's Prime Minister Imran Khan demanded the immediate release of Afghanistan's frozen assets so that the country can emerge from the economic and financial crisis. At a meeting with a Taliban delegation, convened by the acting Foreign Minister Amir Khan Muttaqi in Islamabad who was on a three-day visit to Pakistan, Imran Khan highlighted the urgency of unfreezing the Afghan assets for facilitating banking transactions and averting an economic meltdown within the conflict-ravaged nation. Pakistan’s Prime Minister stressed that Afghanistan’s economic woes and the humanitarian crisis can be relieved if the country was able to conduct the banking transactions. Khan was referring to approximately $9.5 billion of the Afghan central bank's reserves that the US President Joe Biden has blocked since the Taliban took over the political power on 15 August.