Afghanistan To Withdraw All Diplomats From Pakistan Over Envoy's Daughter's Kidnap

“President Ashraf Ghani instructed the ministry of foreign affairs Afghanistan to call back our ambassador from Islamabad," Afghanistan MFA stated. 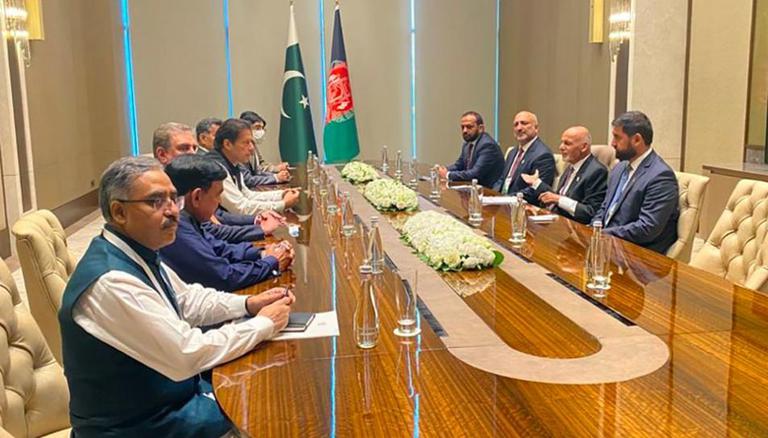 
Afghanistan on Sunday announced that it was withdrawing all its ambassadors and diplomats from Pakistan's capital Islamabad in the aftermath of the kidnap and assault of the Afghan envoy to Pakistan Najibullah Alikhil’s daughter, the Afghan foreign ministry said on Sunday. Tensions remained heightened as the bilateral ties deteriorated between the two Islamic republics over the former’s support of the Taliban terrorism that has claimed the lives of hundreds of thousands of Afghan national forces.

In a tweet fired Sunday, Afghanistan’s Vice President Amrullah Saleh said: “President Ashraf Ghani instructed the ministry of foreign affairs Afghanistan to call back our ambassador from Islamabad along with all senior diplomats.” He continued, “The abduction of the Afghan ambassador's daughter and her subsequent torture has wounded the psyche of our nation. Our national psyche has been tortured.”

President @ashrafghani instructed @mfa_afghanistan to call back our ambassador from Islamabad along with all senior diplomats. The abduction of Afgh ambassador's daughter & her subsequent torture has wounded the psyche of our nation. Our national psyche has been tortured.

“This isn’t the first case but the first spectacular case involving a lady. Harassment of diplomats, local staff with integrity who reject collaboration is in the menu of Islamabad agencies,” he said, condemning the shocking incident.  Afghan foreign ministry then summoned Pakistani ambassador Mansoor Ahmad Khan in Kabul to protest what Afghanistan described a “grave incident of manhandling”.

In a statement issued shortly after the tweet, Afghanistan’s Ministry of Foreign Affairs (MoFA) stated that the Afghan officials and envoys will not return to Islamabad unless the accused were apprehended and high-level security was arranged for the safety of the diplomats. "Following the abduction of the daughter of the Afghan ambassador to Pakistan, the leadership of the Government of the Islamic Republic of Afghanistan recalled the ambassador and senior Afghan diplomats based in Islamabad to Kabul until the complete diplomatic immunity and security is provided, including the arrest and trial of the hostages," read the statement.

Furthermore, it added, “A delegation is scheduled to visit Pakistan in the near future to review and follow up on the current issue and related issues. In the light of the findings of this, further steps will be taken.”

Pak's diplomatic community is working hard painting & decorating a fictional image for Talibs. On the ground however Talibs 2.0 is nothing but an Afg replica of IS-K & Al-Qadea, providing bases to foreign "good & bad terrorists" The "good" LeT is their buddies in allegiance.

Afghanistan’s Ministry of Foreign affairs also issued a statement citing Afghan President Mohammad Ashraf Ghani and Pakistan's Prime Minister Imran Khan meeting on Friday last week in Tashkent on the sidelines of the Central and South Asia Connectivity Summit. Pakistan’s PM Khan had agreed to undertake necessary measures in mutual consultation with his Afghan counterpart to establish a joint mechanism to address the security concerns to end the bloodshed in Afghanistan. “The two sides agreed to utilize all available means and resources to ensure permanent and sustainable peace in Afghanistan and to make joint practical efforts to secure a political settlement between the Islamic Republic of Afghanistan and the Taliban,” Afghanistan’s foreign ministry mentioned in the statement.

Prime Minister has further directed the Interior Minister that Islamabad Police and other law enforcement agencies must investigate the incident on TOP PRIORITY, bring up the truth of the matter and apprehend the culprits within 48 hours.2/3

Pakistan’s Foreign Office meanwhile responded saying that the decision was “unfortunate and regrettable” and that the authorities were investigating the assault at the “highest level” on the orders of Pakistani PM Imran Khan. “We hope that the government of Afghanistan would reconsider its decision,” the Foreign Office said, adding that Pakistan’s foreign secretary Sohail Mahmood met with the Afghan envoy to brief him on steps being taken to and reassured him of “full cooperation”.

The 26-year-old daughter of an Afghani ambassador, Najib Alikhil, was abducted in the middle of the Pakistani capital Islamabad from her rented vehicle. Silsila Alikhil was tortured for several hours by her assailants before she managed to secure her release. A hospital medical report showed that she had sustained injuries on her body, had rope marks on her wrists and legs, and was beaten badly. She had suffered a blow to her head and had fractured bones, reports reveal. Afghan foreign ministry condemned the "heinous act” and condemned Pakistan for sending thousands of jihadi militants over the border and providing a safe haven to the terrorists.