Afghanistan air force on Monday conducted the first military drills in Balkh province of the country for the first time since Taliban took over power in August. 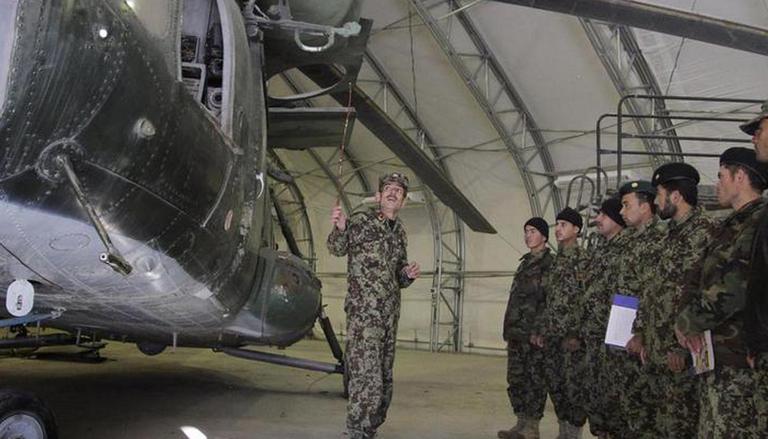 
Afghanistan’s air force on Monday conducted the first military drills in Balkh province of the country for the first time since the Taliban took over power in August. Tolo News reported that drills took place in Afghanistan’s northern region including the US-gifted Russian Mi-17 and MD helicopters. The machines were provided by the United States to the ousted government. Reportedly, the extremists had urged the pilots who fled the war-torn country after August to return to the nation and even promised to return them their respective jobs.

The Taliban-led government in Afghanistan has also expressed its intentions to review the state of the country’s air fleet and airfields. The air force commander Amanuddin Mansoor was quoted by the Afghan media outlet as saying, “In the near future we will collect information from all the airports to see how many active and damaged choppers we have, and also how many pilots we have who are willing to work and how many are not. We request that those who have left the country return and serve their people.”

As per reports, the pilots, technicians along with other military staff, who chose to remain in Afghanistan even as the western nations rapidly evacuated thousands of Afghan citizens and their own troops, expressed willingness to work with the Taliban authorities who now head the country. The Taliban reportedly added that the officials under the former Afghan government expressed their readiness to work again in a bid to ensure that the equipment remains operational.

The military drills by the Afghan air force come sin the backdrop of Taliban-led administration fighting for international recognition. The extremists marched into the Afghan capital of Kabul on 15 August and claimed control of the country. It prompted the resignation of former Afghan President, Ashraf Ghani, who even fled the nation. Meanwhile, the nation is engulfed in a socio-economic crisis as the Taliban is prohibited from accessing frozen assets.

Notably, a handful of nations have started developing relations with Afghanistan’s Taliban-led government. Most recently the European Union (EU) intended to continue their talks with the Taliban delegation in Doha, according to ANI. EU spokesperson for Foreign Affairs and Security Policy stated that the decision to engage with the extremists has been taken to ensure humanitarian access in the South Asian country.