In one of the notes, Albert Einstein wrote, "A calm and modest life brings more happiness than the pursuit of success combined with constant restlessness." 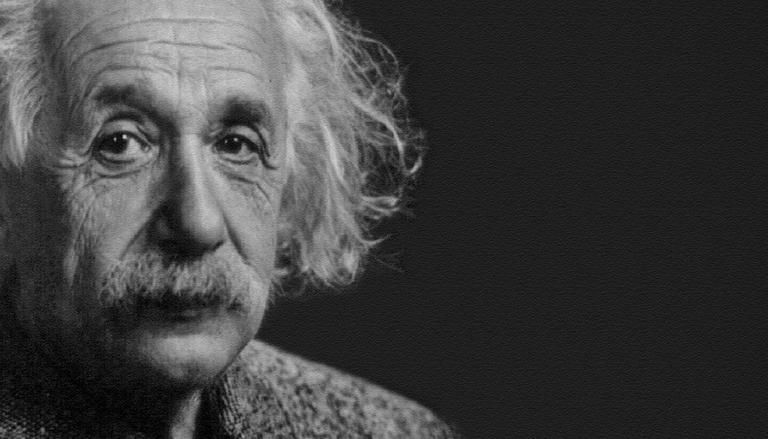 
Albert Einstein is credited for developing the theory of relativity, as well as a number of other ground-breaking ideas. But he was also fascinated by the rules that govern our mental state. As per the reports of Psychology Today, Einstein discussed the pursuit of pleasure on a frequent basis. He told an interviewer in 1931 that "we are after happiness." Einstein was enthralled by the subject.

Einstein flew to Japan for a lecture series in 1922, one year after winning the Nobel Prize, and was constantly besieged by enquiring admirers. When a bellboy came to deliver a package to Einstein's hotel room, he left him a stack of signed notes instead of a tip. In one of the notes, it was written in German, "A calm and modest life brings more happiness than the pursuit of success combined with constant restlessness," according to the Hill. Those 17 words would prove to be pertinent as people all around the world try to figure out how to be happy. The note was auctioned in 2017 and sold for $1.56 million to one of the bellboy's heirs.

When people talk of happiness, they often refer to fleeting pleasure

As another Nobel winner, Daniel Kahneman has pointed out, when people talk of happiness, they often refer to fleeting pleasures such as eating a piece of chocolate cake or snuggling a dog, according to INC. Other times, they refer to a feeling of fulfilment that comes from accomplishing key goals.

Researchers conducted a study with 275,000 individuals in 2005 to understand the idea of happiness, and they found a link between success and happiness. They discovered that personal and professional achievement may lead to happiness, and that happy people set new goals for themselves. Sonja Lyubomirsky, PhD, a co-author of the happiness study stated that when people are happy, they are more confident, optimistic, and energetic, which makes them more likeable and sociable to others, according to the Hill. Though Einstein's brief 17-word statement alluded to the theory of pleasure, specialists have discovered that there are numerous paths to happiness and that each person takes a different one.

READ | Unseen Pic of the Day: Rabindranath Tagore in a rare picture with Albert Einstein

Frank T. McAndrew, a psychologist, stated that they have put in a lot of effort to achieve a goal because people want to be happy, according to INC. Unfortunately, after a brief respite, people quickly return to their normal state of being and begin seeking the next thing that they feel would make them happy.

WE RECOMMEND
Albert Einstein's rare manuscript on Relativity gets sold for over $13 million
US man achieves lifelong dream of becoming a Physicist; completes PhD at 89 from Brown Uni
Albert's Einstein's handwritten letter with iconic 'E=mc²' equation now up for sale
Einstein's letter with E=mc² equation auctioned for mammoth $1.2M... but it's all relative
Albert Einstein won Nobel Prize for Physics on this day in 1921; read details