The thieves are now using Apple air tags to track cars and steal them from the house. Canada Police has issued warning and informed preventive measures. 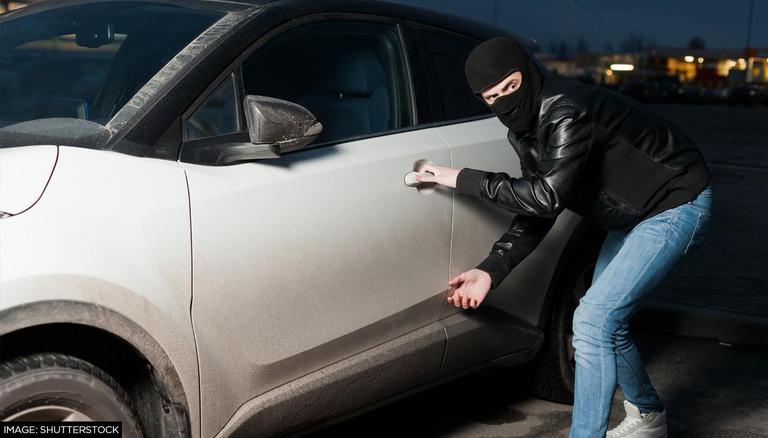 
Miscreants have started using new techniques to steal expensive cars. In a recent incident, it has been observed that Apple airtags are being used to track vehicles before stealing them from parking lots and homes. Thieves start targeting the vehicles in public places and parking lots by hiding the small tracking device, airtags at different places of the car, according to the press release. The Canada Police has issued a warning and revealed that five such incidents have been reported since September 2021. They have further advised people to follow the guidelines given by the police department.

The thieves then start tracing the car to the owner's home. They then steal the cars from the driveway by taking keys from the house. The York Regional Police in the press release has informed that they have investigated five incidents since September 2021, where suspected have placed small tracking devices on high-end vehicles which helps them to trace the vehicle.

VEHICLE THEFT WARNING AND PREVENTION TIPS
Investigators with the York Regional Police Auto/Cargo Theft Unit are advising residents they have identified a new method being used by thieves to track and steal high-end vehicles across York Region.https://t.co/CTtNAEsEQT pic.twitter.com/yOOqVqnuKO

According to police, thieves use tools like screwdrivers to get inside the vehicles through the driver or passenger door. Once inside, they use an electric device used by mechanics to reprogram the factory setting. It programs the vehicle to accept a key the thieves have brought with them. Once the new key is programmed, the vehicle will start and the thieves are able to run away from the spot.

READ | Lukashenko says 'will never betray' Russia as EU, US & Canada step up sanctions on Belarus

York Regional Police has advised people to park vehicles in a locked garage and use a steering wheel lock. Furthermore, people must install a lock on the data port which blocks access to the computer port where the thieves gain access to reprogram the vehicle’s keys. They have also suggested people purchase a quality video surveillance system. Police have asked the people to inspect the vehicle regularly and call the police if they notice any tracking devices.