'Artificially Whipped Up': Russia Slams US For 'hysteria' Over Ukraine Military Invasion

Dismissing the claims of such a military offensive against Ukraine, Peskov said the US "created hysteria" in order to conduct NATO operations in the Black Sea. 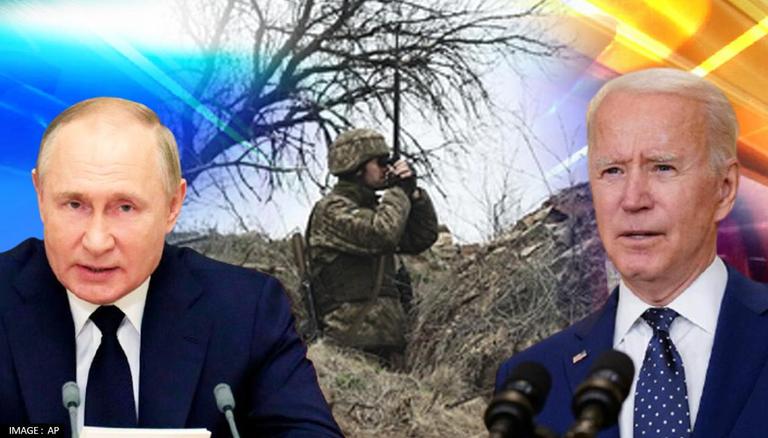 
Just a day after US Secretary of State Antony Blinken said that Washington and Europe have "real concerns" about Russian military buildup at the Ukrainian border, as per the “rhetoric we have been seeing and hearing from Russia and on social media,” Kremlin spokesman Dmitry Peskov on Sunday accused the United States of “artificial hysteria" for suggesting that Moscow might invade Ukraine that has escalated regional tensions.

His remarks come after earlier yesterday, the head of Ukraine’s defence intelligence agency told Military Times in an interview that Russia has more than 92,000 troops concentrated on the Ukrainian border and was going to attack Kyiv by the end of January or beginning of February via airstrikes, artillery, and armour attacks. It will make an incursion into Ukraine via neighbouring Belarus, Ukraine Brig. Gen. Kyrylo Budanov told the outlet.

'We are being accused by those who bring their military forces on our land,' says Russia

Dismissing the claims of such a military offensive against Ukraine, Peskov said in televised remarks aired on Moscow’s state television that the US’ narrative of the Russian invasion into Ukraine was "artificially whipped up” and created hysteria in order to conduct NATO operations in the Black Sea. Russia described the routine patrols by US and NATO naval ships in the Black Sea conducting joint military operations as a “provocation”.

"We are being accused of some kind of unusual military activity on our territory by those who have brought in their armed forces from overseas on our land,” Sputnik quoted Peskov.

US Sixth Fleet (SIXTHFLT), a naval striking group entered the Black Sea with the control ship USS Mount Whitney despite that Russia has placed a ban on foreign warships’ movement across several areas in the Black Sea. "This is, of course, an open attempt to test the Russian reaction, to increase tensions in the Black Sea region," Russian Foreign Ministry spokeswoman Maria Zakharova had said as the US patrol boats left for the US.

Peskov also accused NATO of concentrating a "military first" near Russia's borders. NATO Secretary-General Jens Stoltenberg accused Russia of “invading other countries” at the German Atlantic Association 'NATO Talk' Conference in Berlin. Raising the concerns about Russia’s significant military buildup at the Ukrainian border, Stoltenberg said, “We are now closely monitoring the developments along the borders. This matters for NATO and we have the capacity, we have the capabilities to collect information, to monitor it closely, and to understand what is going on there.”

Russian President Vladimir Putin had similarly ‘stealthily’ provided the military support to separatists in Georgia’s breakaway South Ossetia region in 2008, he warned. "We know that they [Russians] have used these types of forces before to actually intervene and invade other countries, Georgia and Ukraine,” Secretary-General Jens Stoltenberg said.