Australia: Young Kangaroo Seeks Help From Boy After Being Burnt In Bushfires

Picture of a kangaroo seeking help from a teenager and asking for water has emerged. The fires have killed almost half a billion animals since its start.

Series of pictures which show a young Kangaroo seeking help from a teenager after being burnt in the bushfires have surfaced on the internet. The pictures showed the grim reality of Australian bushfires which have killed almost half a billion animals.

In the first picture, the kangaroo who had evidently suffered major burns can be seen begging for help after escaping the raging bushfires. The next picture shows the teenager pouring water on the huge burns on the body of the Joey, before giving it water to drink. The stricken animal is among one of the billion animals struck in the island nation’s worst bushfires. Many rescued animals have also been euthanised as they were unable to recover from the burns. 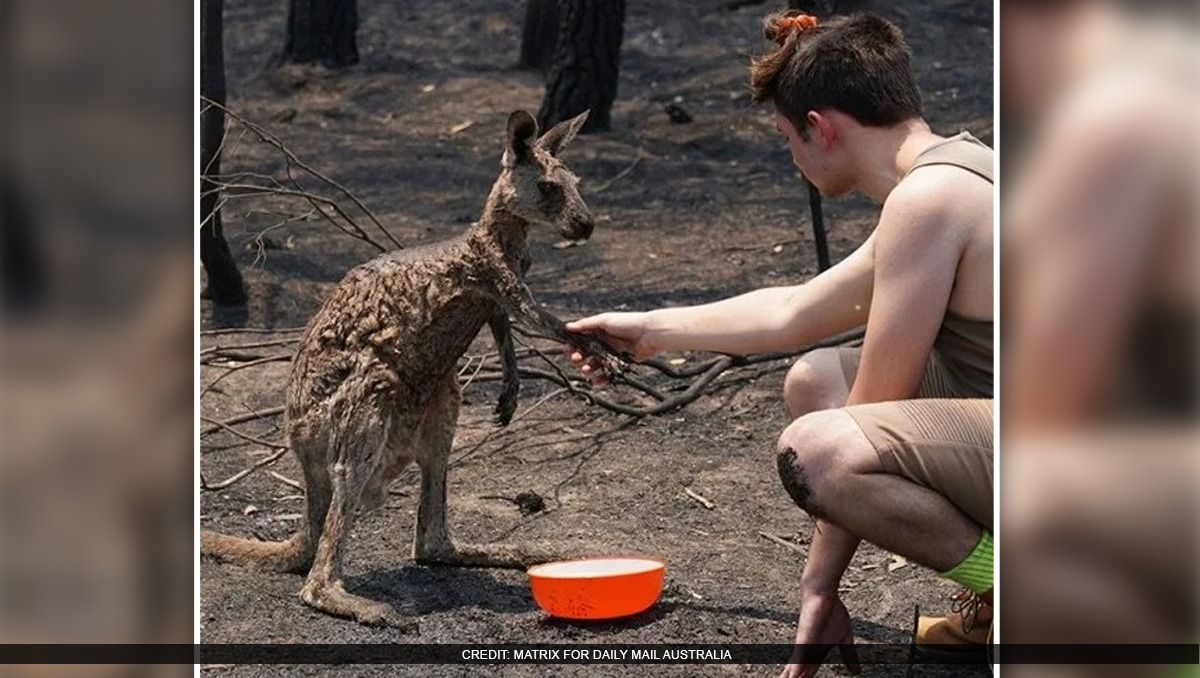 Recently, another picture that showed the extent of damage of the bushfires was shared by an Instagram page call Vet Paw. The caption of the picture read, "This crisis is real. This little joey (baby kangaroo) caught in the fence trying to escape the fires in Australia, tells the story to the world. We need to focus on the preservation of ecosystems and the wildlife contained therein..we may not realize it but this is pushing the human race towards extinction." The pictures showed the charred body of Joey stuck in a fence while trying to escape the bushfires.

Another heartbreaking video which showed dozens of kangaroos fleeing from their homes took the internet by storm. In the video, the kangaroos can be seen running for their lives across grassland near the New South Wales (NSW) village of Bredbo, searching for safety from the fires. The video was shot by a Twitter user who reportedly said that the closest bushfire was around six miles away from the land they were running over.