Joining other Muslim-majority countries by easing its stance towards Israel, Bangladesh on Saturday, lifted its travel ban to Israel - hinting at a shift 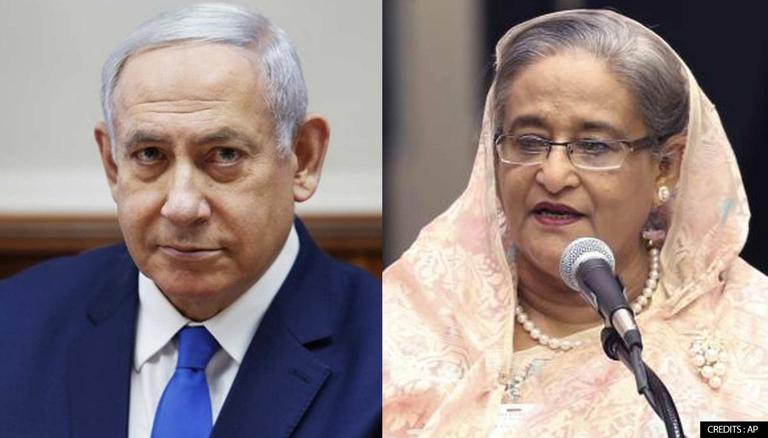 As per reports, Bangladesh Home Minister Asaduzzaman Khan has confirmed that the passports will no longer feature any restrictions on travel to Israel, as per the international standard. However, Foreign Minister AK Abdul Momen told reporters that Bangladesh still does not recognize Israel. Moreover, in 2009, journalist Salah Choudhury, the editor of the Weekly Blitz, was arrested for attempting to travel to Tel Aviv for a writers' conference in 2003. He was later charged for  "sedition, treason, and blasphemy", and sentenced to a seven-year prison term.

Hailing the lifting of the ban, Israeli Ambassador Gilad Cohen tweeted, "Great news! Bangladesh has removed travel ban to Israel. This is a welcome step & I call on the Bangladeshi government to move forward and establish diplomatic ties with Israel so both our peoples could benefit & prosper". Bangladesh has never recognised Israel since its independence in 1971 and a shift in stance may trigger economic trade and technological cooperation, say experts.

Great news! #Bangladesh has removed travel ban to Israel. This is a welcome step & I call on the Bangladeshi government to move forward and establish diplomatic ties with #Israel so both our peoples could benefit & prosper.@IsraelMFA #IsraelLooksEast https://t.co/LbOLbm9dfG

In 2020, the United Arab Emirates, Sudan, Morocco, and Bahrain forged ties with Israel, recognising the Jewish state for the first time. UAE-Israel ties' normalisation was facilitated by the then-US President Donald Trump after Israeli PM Benjamin Netanyahu held six weeks of indirect talks through Jared Kushner, Trump's son-in-law and senior adviser with  Abu Dhabi Crown Prince Sheikh Mohammed Bin Zayed. While most nations have welcomed the deal which may 72 years of hostilities in the region, Iran, Hamas have condemned the move raising concerns about the fate of Palestinians in the region. Apart from UAE, Egypt and Jordan are the other Arab nations that have forged peace with Israel.

Bangladesh's move to ease up Israeli comes amid a unilateral ceasefire called by Netanyahu to halt an 11-day military operation in the Gaza Strip, which was later agreed to by Hamas. The latest tensions between the two neighbours were ignited when Palestinians protested attempts by settlers to forcibly evict a number of Palestinian families from their homes and Israeli police measures at Al-Aqsa Mosque, a frequent flashpoint located on a mount in the Old City revered by Muslims and Jews. In retaliation to the police action, Hamas fired more than 4,000 rockets, most have either fallen short or been intercepted by Israeli air defence system - 'The Iron Dome', while Israel's warplanes and artillery have struck hundreds of targets around blockaded Gaza and brought down the 12-story al-Jalaa Building, where the offices of the AP, the TV network Al-Jazeera and other media outlets are located. Israel's fatalities have remained at 12, including one Indian - Soumya Santhosh - a Kerala caretaker, while 232 people have died in Gaza including 65 children.