It seems bears enjoy a good view just like any other visitor to the White Mountains in US's New Hampshire.

It seems bears enjoy a good view just like any other visitor to the White Mountains in US's New Hampshire.

A photo taken on June 29 by an employee at the Omni Mount Washington Resort went viral that showed a black bear holding onto a rail on the veranda and looking at the out, at the view.

The employee became a witness to the scene after he went out to get the picture of a sunrise at 5:00 AM. 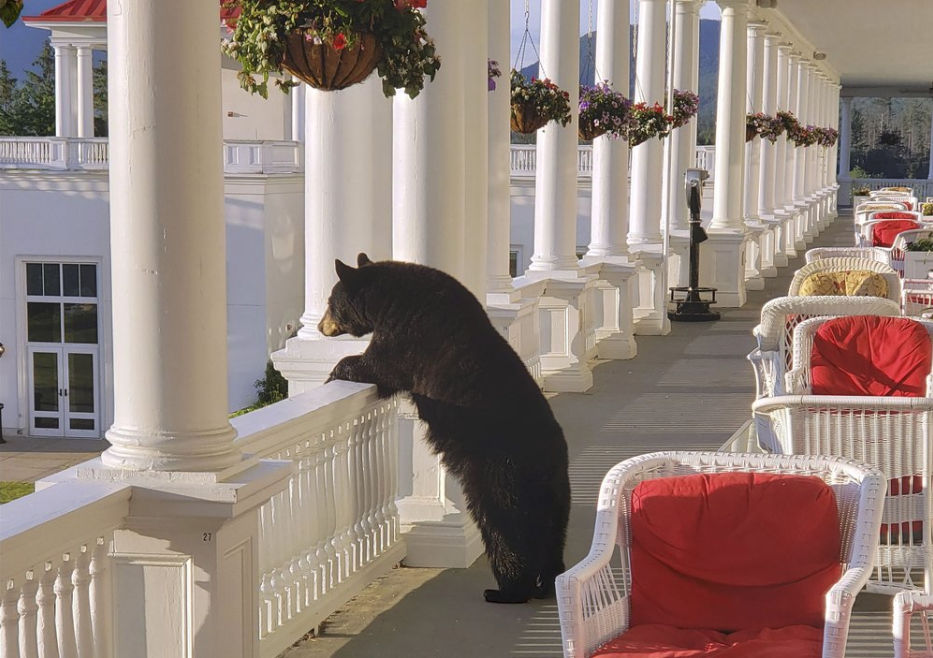 However, instead, he caught the bear as it climbed stairs in search of a trash can. The bear moved on after the hotel employee loudly clapped and stomped.

New Hampshire routinely has reports of bears finding their way into homes, campgrounds and even apartment complexes. Last year, food shortages were blamed for a sharp increase in bear-human conflicts and the highest numbers of bear killings since 2014.

READ| Malaysian Singer Arrested Over Keeping A Bear As A Pet, Says She Mistook It For A Dog

This iconic picture caught the attention of netizens, here's how they reacted:

“Waiter, please bring me a martini and a fine local garbage platter.”

If only he had sat in a deck chair.

@MrSpookyBruce he deserves this vacation

Waiting for his room to be ready...he arrived early for checkin...

He could bear-ly wait to see such a beautiful view.

In more black bear chronicles, last week, a fearless dog was offered the reward of a steak dinner by his neighbor after he was successful in chasing a bear from his backyard.

Mark Stinziano of Connecticut, USA, took to social media to share his home security video footage on Tuesday that captured a black bear raiding the bird feeder behind his house before his neighbor’s dog, Riley, rushes over to scare off the huge bear.

WATCH THIS: Fearless Dog Attacks And Chases Away Black Bear Twice Its Size, Gets A Reward

In a rather frightful encounter, the bear can be seen scrambling to escape the fearlessly charging pooch.

"My neighbor's dog is getting a steak dinner next time I see him. He is an awesome pup that comes to check on the kids from time to time. Now he is keeping them safe!" wrote Mr Stinziano while sharing the video online.