US State Secretary Antony Blinken will travel along with President Joe Biden to Tokyo from May 21 to 24, State Department Spokesperson Ned Price said. 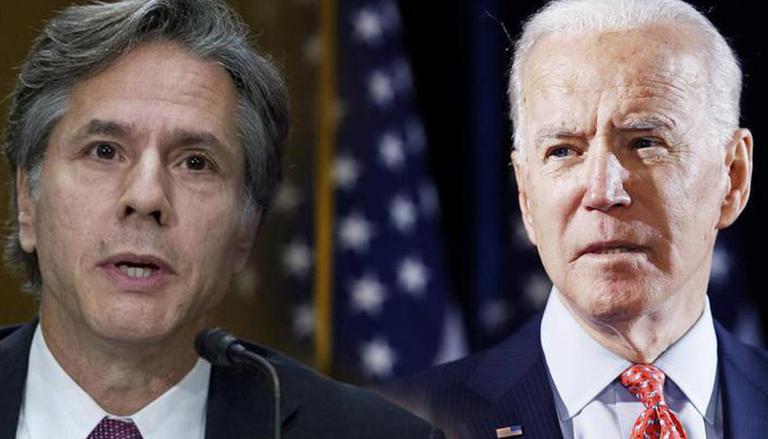 
US State Secretary Antony Blinken will travel along with President Joe Biden to Japan's busy capital Tokyo from May 21 to 24, State Department Spokesperson Ned Price said in a statement. Together with Biden, he will launch the Indo-Pacific Economic Framework, which would see the US negotiating trade deals with its geopolitical rival China. It would mark Biden’s maiden trip to Asia after taking the presidential office in January last year.

"The Secretary and the Foreign Minister will discuss our global response to President Putin’s continued brutal war on Ukraine, the Democratic People’s Republic of Korea’s increasingly destabilizing behaviour, and U.S.-Japan cooperation under the new Economic Policy Consultative Committee (EPCC), including on regional economic development,” the statement read.

Meanwhile, China has said that it is closely following the Indo-Pacific Economic Framework (IPEF) proposed by the US, the country’s foreign ministry said on Thursday. Addressing press reporters, the spokesperson for the ministry asserted that any kind of regional cooperation should not target any third party or harm their interests. His remarks came as the Joe Biden administration picked negotiators for the proposed economic initiative ahead of its visit to the region.

Beijing has been accused of attempting to alter the status quo in the Indo-pacific region. While the Xi Jinping administration claims sovereign rights over a majority of the South China Sea and its islands, the US has increased its maritime patrolling stressing that it was only practising its freedom to navigate. Meanwhile, the White House confirmed that its chamber of commerce will play a key role in the economic negotiations. Notably, Sharon Yuan, a veteran of the Treasury Department who worked on the abandoned Trans-Pacific Partnership, has been hired to oversee staff work on the main points of the Indo-Pacific Economic Framework or IPEF.

Earlier last week, the US-China Commission (USCC) voiced its concern that trade and investment with Beijing are not just economic challenges but it also poses national security threats. Commissioner Carolyn Bartholomew said in her opening statement on "China's Activities and Influence in South and Central Asia" that Beijing has used the guarantees of economic assistance, development aid and investment to help secure its strategic interests in other countries but China's economic diplomacy is fraught with danger. She further stated that China has a variety of interests in the South and Central Asian regions, including economic interests, such as gaining access to natural resources and developing new export markets.